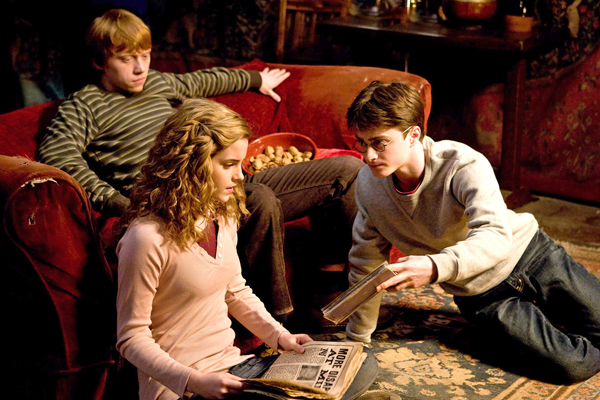 Harry Potter and the Half-Blood Prince has been out in theatres for nearly two months now, and I finally managed to see it this past weekend. I have to say that the fifth film, Order of the Phoenix, was by far my least favourite of the series. Will the sixth do better or fall below it? Read on to find out!

The movie starts out with a relatively action-filled sequence with a nice explosion to cap it off. However, the film then departs from its tested formula of a trio and becomes a film solely about the main character. Now, most might think that this is obvious; the title is, after all, Harry Potter! However, Ron and Hermione become so forgettable that they may as well not have been in the film. The beginnings of two love stories begin; that of Ginny and Harry and, perhaps more obviously, Ron and Hermione. The film has no major plot twists – pretty well everything is revealed at the beginning of the film, essentially telling the audience how the film ends. For those thinking that I may not have been taken aback by any plot twists because I’ve read the books, well, I haven’t actually read the books and don’t know anything about the story other than what I’ve seen in the movies.

I want to find this movie a lot more interesting than it actually is and part of me wants to see it again because of the goddess known as Hermione Granger (Emma Watson). But I just can’t find it inside myself to give a movie a passing grade based on one mildly hot chick. (For those thinking I’m a total pervert, she is 19 and I’m 20, so chill out.)

The movie was entertaining purely because it was Harry Potter, but unless the next two movies (yep, they’ve split the final chapter into two in case you hadn’t heard) are action packed, the series will just get long in the tooth and have an anti-climactic and unsatisfying ending. Now, I’m naive enough to believe that movies always get better for their final installment – especially ones as popular as Harry Potter – but I’m also intelligent enough to know that the third sequels rarely do any better. I’m lookin’ at you Spiderman 3.

No matter what happens, Emma Watson can only get hotter with age, right? Buy me a ticket to those last two movies. 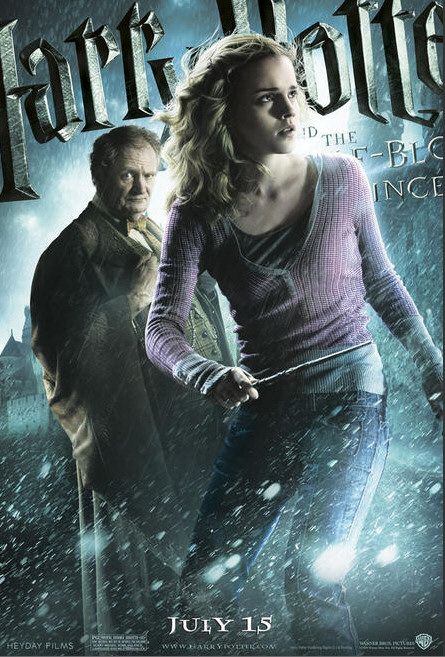 The Void Movies, over at www.thevoidmovies.wordpress.com has some interesting thoughts about the movie. Half-Blood Prince is just a filler movie, but when you’ve got seven films, how can you explain why the third and fourth were so fantastic? They would’ve been just as much filler as the next two. I’m not ready to give this movie a reprieve just yet, but I’ll judge everything much better when the final films are released. Oh, and I stole the header picture from The Void Movies as well, so go check ’em out or I’ll feel really bad!