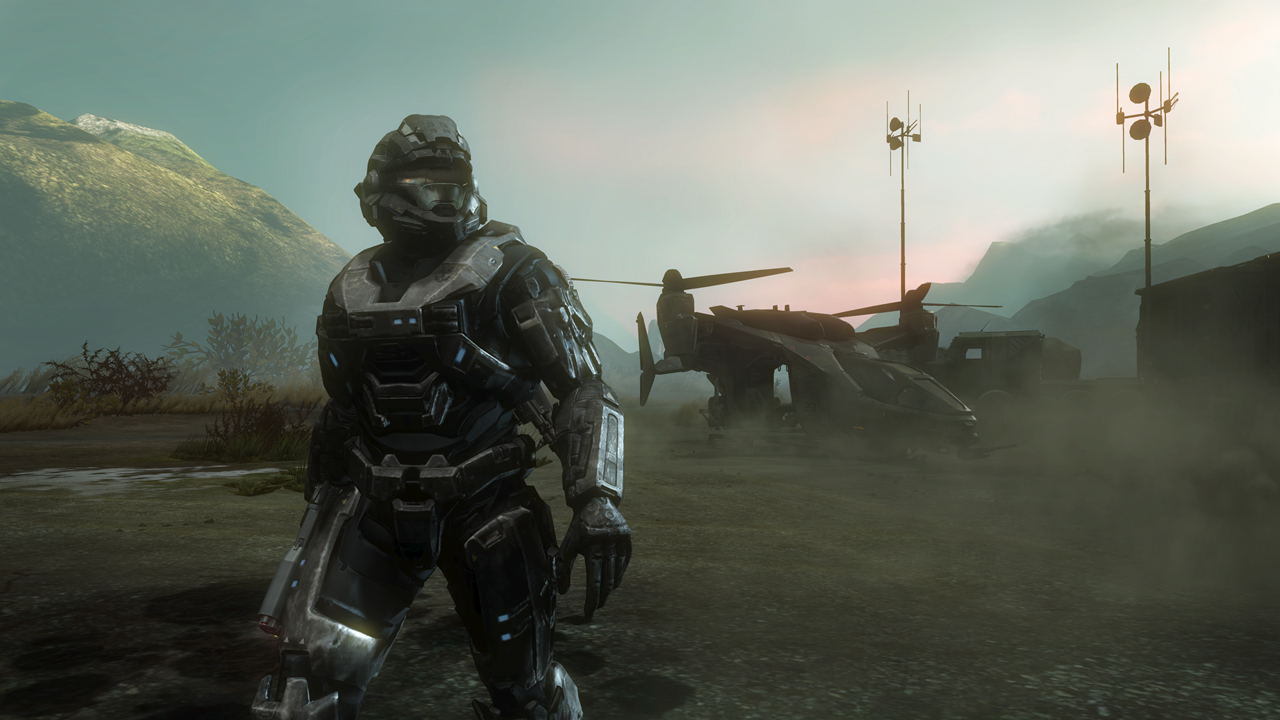 Welcome to Bungie’s final hurrah as caretakers of the Halo franchise. There have been high ups and only a few downs here and there (I’m looking at you, Halo 2 ending), but this venerable series has taken gamers on a ride over the past decade. Does the last instalment from one of gaming’s most powerful developers tie it up perfectly or leave you with a feeling of meh?

Well, let’s be honest, if you know anything about me, I’ve already made up my mind about this game: it’s great. Now I just have to figure out how great.

Let’s start off with what I have always thought to be the best part of any Halo game, and this one might be a bit of a shocker: the audio. I usually don’t pay too much attention to audio in video games. Sure, I notice when it sucks, but you tend not to notice things that are great. Unless they make you feel something. And Marty O’Donnell, the franchise’s composer knows just how to evoke certain emotions. At any time in the storyline, the music captures you and makes you feel for the people that are, inevitably doomed on Reach. We all know how this ends, and of course there are deaths, so I’m not giving any spoilers away. Just know that, in these moments, the music is exactly where it needs to be.

Speaking of feeling for the people, Halo: Reach brings you into a much more human story than has ever been told in the Halo universe. Halo 3: ODST began this arc of humanity, if you will, in the series, but Reach really expands on it and gives the characters more memorable personas and living, breathing, feeling characters. You won’t fall in love with any of them, and they aren’t memorable as individuals, but you feel for the team as a whole, and somehow, the designers have really created relationships between them to the extent that, when one dies, you know instantly how another will feel and you empathize with them. Very powerful storytelling here, no doubt.

The story is one of the less convoluted stories of the series since the beginning: the Covenant have landed on Reach and they want to glass the planet. Now go stop them – ’nuff said. No religious leaders, heretics, and no playing as the bad guys; just pure, kick some Covie-ass good time.

You might also be happy to know that there aren’t any of the pesky Flood in Reach. This is, in fact, the first of any Halo game to have not even a mention of them, of course, since their existence was unknown before Halo: Combat Evolved, this makes perfect sense. On the one hand, I hated the flood, but they did add an interesting dimension to the game. Other alien-killing games tend to have one species to kill, or multiple ones that end up being so mundane that may as well be one. In this series, the Covenant are clearly separate from the Flood, both in actions, abilities, ingenuity, and strength. There is a great amount of variety in having them here, but even with the Flood, Reach has a lot of stuff bundled on the disc, and you won’t be disappointed.

Halo, over the past few years, has become a multiplayer phenomenon. While I’m not much of a multiplayer person myself, know that Reach only builds upon the previous games to have the best multiplayer you will find in any Halo game to date. I only wish they had included the original Halo maps 1:1 for some nostalgia. But alas, we get what we get and we won’t be complaining about it.

So how good is it after all? I could go on for paragraphs more, but that would probably involve me giving away the storyline. I will say that the ending is not what you think (unless what you think actually happens in the ending). Bungie has made a masterpiece, and while I think Halo: CE and Halo 3 are my favourite games in the series, Reach comes up a close third. The multiplayer puts it over the top, but I like more story driven games, and while this one has it, something about the original classics still can’t be beat. For the record, Halo 3: ODST was also a great campaign, and Halo Wars had the best cinematics I’ve ever seen (ever) … Halo 2 was the worst of the series. Sorry.

I’ve come to the realization that, for myself at least, Halo games suffer from being too good. That is to say that, when the first Halo came out, I knew nothing about it, so I took my time playing the game, absorbing it slowly as it came along. Keeping me waiting two to three years between titles made me twitchy at the thought of playing through the latest Halo game and I’d be through it in ten hours or so. With that said, I think the best Halo game of all time is, well, Halo. I’ve never enjoyed a Halo game to its core the way I enjoyed Halo: Combat Evolved. The music was foreign but familiar, the characters cliche but unique, and the storyline nothing short of spectacular. The pieces fit, and everything made sense.

But who is to say what will happen in the future? I think that Halo needs to rest now. For a decade or so. Until Bungie once again picks up the flag and develops the game that they want to make. Right now, in the hands of 343 Industries, who knows what will happen with this franchise.

There’s only one way to end this decade of Halo: