If you know who JWoWW is, you’ll love this post. If you don’t know who it is, you either hate Jersey Shore or you’ve never heard of it. Oh, who am I kidding, everyone and their dog has heard of Jersey Shore. Well, one of the Shore household’s loudest and most buzz-worthy residents decided to write a book, and as a part of the promotion of it, she made a couple of stops in Toronto.

She arrived at the Marilyn Denis Show last Monday morning, and ended off the evening with a book signing at Indigo’s Eaton Centre location. She was asked about everything: her cast mates, living together, success of the show, relationships – her boyfriend Roger was a loyal puppy dog, accompanying her at each event – and of course, her new book.

On the show, JWoWW (those capitals are starting to annoy me) gave a fan a one-minute makeover, which included big hoop earrings, a quick wardrobe change (read: taking off as much as possible while still maintaining a morning-show rating), and a douse of a can’s worth of spray tan. Photographic evidence below.

The book, Rules According to JWOWW is hot off the heels of her roommate Snooki’s book, which released just about a month earlier, to rather limited success. Either way, the book is pretty thick for a girl who is probably construed as an airhead (as all Jersey Shore “actors” are), which may just be a publicity stunt in and of itself. Who knows. All I know is that I got some good photos, and her boobs, while fake, are remarkably… well, I’ll leave the sentence there. I have a girlfriend I’d like to keep. 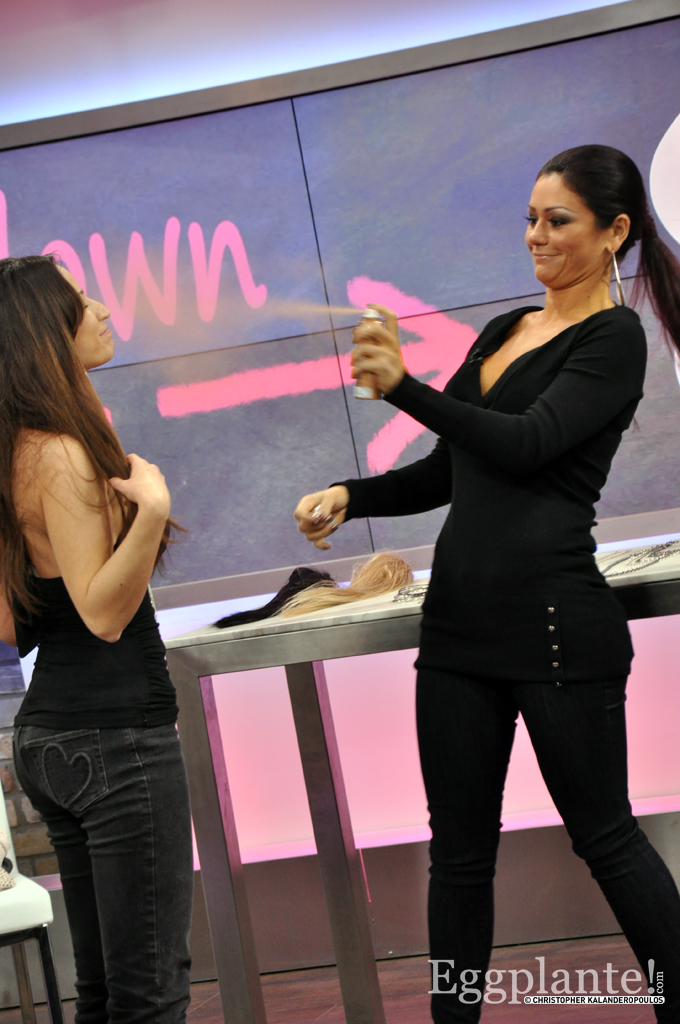 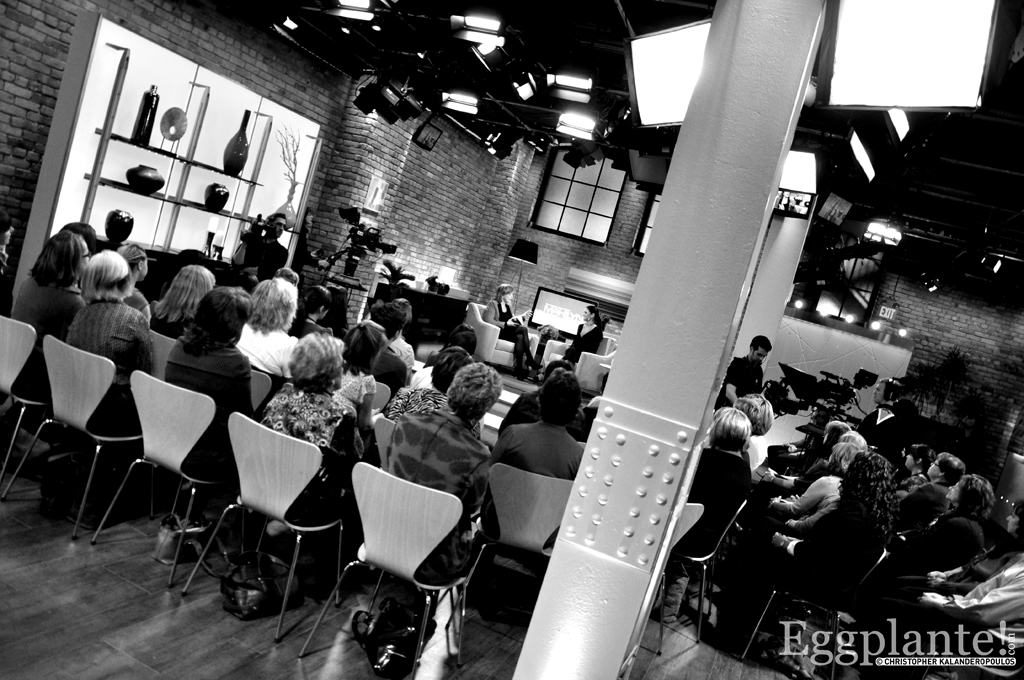