Both of those names have been on Eggplante a couple of times each. Now, you can add Alyssa Reid to the list. Known for her song Alone Again, she joined Jesse and Emily on stage at a Wax Records showcase for Canadian Music Week in Toronto last week.

I want to go through each of the acts, because they’re all young, incredible talents, and they all deserve more recognition than they’re getting right now.

Emily Osment started out the night, and her energy was a perfect way to begin. This is a girl who just celebrated her 19th birthday and pulls off stage shows with the confidence and wit of a veteran. She knows how to get the crowd riled up, she interacts with them between songs, and just enjoys herself. Her confidence oozes out on stage – she knows she’s talented but she isn’t too cocky about it. Her bandmates seem like her best friends, and that chemistry between them is perfect. They pick on each other like siblings, but you know that it’s all rooted in love.

Emily also knows how to scream, but not for the sake of it. She screams her ass off when she sings, but she hits notes, she still sounds incredible, and she only does it because the song energy is so high. She played a half dozen songs from her latest album, Fight or Flight, which we reviewed on Eggplante by the way, each with a slightly different twist. She’s an artist that sounds even better live than she does on her album, which is probably the biggest compliment I could pay her, because her album sounds great as it is.

Alyssa Reid was next up, and for a relative newcomer, she did good! Not to downplay any of her talent, but I don’t know a ton of her music to get as enthused and into it as I could with Emily or Jesse, but there’s no denying that she’s got talent. She has one of the most heard songs on the radio right now, which is saying something for an 18 year old from Toronto! Lady GaGa, Katy Perry, Eminem, and, oh yeah, Alyssa Reid. No biggie.

Jesse Labelle rounded out the night, and while of course he played favourites like Easier and Lost, his set really shone with a set of covers he did. Don’t get that wrong: his stuff sounded incredible, but he covered four already songs and did every single one better than the original. By himself. With no band backing him up. And these weren’t indie songs. I’m talking Bruno Mars, Rihanna, Eagle Eye Cherry, and none other than Alyssa Reid. That last one got the crowd pumped, especially considering they had heard the original just minutes before. The way he worked the guitar with these covers was expert; he arranged them beautifully (read: you couldn’t tell where Bruno Mars started or Rihanna began), picked perfectly contrasting songs, and just had some good ol’ damn fun with it. I’ve said it before: this guy is talented. I’ll say it again. This guy is talented.

All three acts must’ve done Wax Records proud. Nothing like having some great Canadian as well as some international talent (who by the way, says she wishes she was Canadian sometimes) absolutely kick ass on stage. I wish the lights weren’t so harsh in the venue so I could get better pictures, but nonetheless, the audio experience was incredible. If you can ever see these people perform live, buy tickets. Seriously, buy some freakin’ tickets. Some of the best music you’ll ever hear. 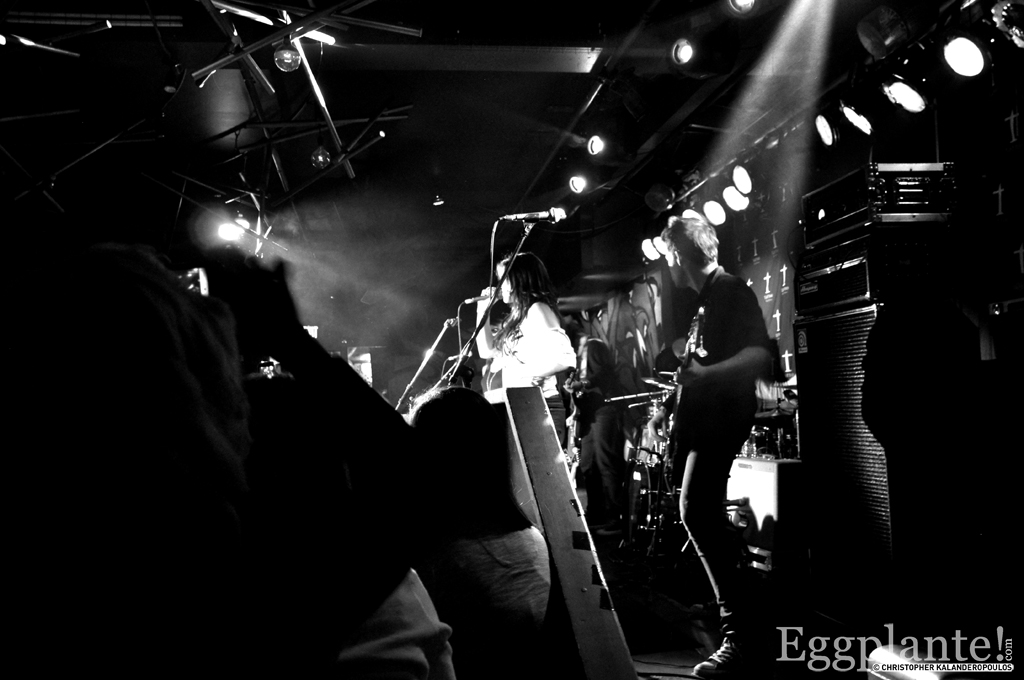