Angry Birds goes up in space in less than two weeks.

It is no secret that Angry Birds has been a wild success. As of November 2011, the game has amassed over 500 million downloads, generating revenues probably in the neighbourhood of around $100,000,000. Yes, a hundred million dollars. 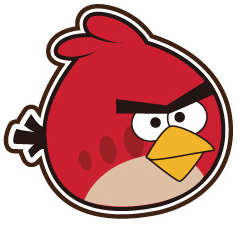 Another interesting fact? Angry Birds players play for three hundred million minutes per day, across the entire franchise. That means that 210,000 people would have to play the game non-stop for 24 hours to hit that number. Of course, most people play for ten or twenty minutes at a time, so the user base jumps to millions of users daily.

But as any company knows, in order to stay relevant, you have to constantly better yourself, create new innovation, and think outside the box. Well, creators of the massive franchise, are thinking outside of the planet.

Angry Birds Space is set to launch on iOS, Android, Mac, and Windows on March 22nd. It will be not only their widest platform launch ever, but we think it could be the company’s most compelling version yet. They’ve done tie-ins with the movie Rio and had partnerships with Google’s Chrome browser, and this is still going to be their biggest jump, yet.

This time around, Rovio is partnering with none other than NASA, and creating some really exciting new elements to their franchise. First off, gravity is going to play a much larger role in this game, including orbiting around planets, comets, and other space-bound artifacts. You’ll also see new characters and items to destroy those all-menacing pigs (where did they come from?) as well as secret bonus levels and new abilities.

Rovio is promising 60 levels to start, but that will likely balloon to over 100 within a month or so as they release new content. Rovio knows how to keep people updated. WIth their Rio tie-in, they released a new set of 15 levels every two weeks for the better part of a year, constantly giving people reasons to go back to the app. It will also feature in-app purchases, undoubtedly a great way to earn the company some extra coin along the way.

But how much will it cost to get your initial fix? Expect the app to cost $0.99 for iPhone and iPod touch, likely $2.99 – $4.99 for iPad, and somewhere in between for Android, Mac, and PC. Updates have always been free and there’s no reason for them to buck the trend now.

Make sure you check out their pretty impressive announcement video below. This video will get bonus points if you’re a nerd like we are, too!