What kinds of changes can we expect to see in the next few years from publishers?

With Adobe announcing its latest technology suite, Creative Cloud, this week, we can’t help but wonder if that is the future of the software industry.

What Adobe has done is take their popular software like Photoshop and Illustrator and allowed users to use them in the cloud by paying a subscription for them on a monthly or yearly basis, rather than spending the thousands up front for a boxed copy.

The pricing for Adobe’s offering is pretty phenomenal, too. For Photoshop, it’ll cost about $240 per year with a commitment. Off contract, it only costs $360 per year, the benefit being that you can opt out of the bill if you don’t need to use it for a month while you’re on vacation, find another alternative, or just plain stop using it.

But will other companies follow suit with this plan? We’re not so sure.

See, Adobe’s software is among the highest priced out there, but institutions and design studios rely on it in it’s entirety in some cases. They’re also willing to pay the high price for it. However, the mass market is a lot less likely to have a legal copy of Photoshop installed on a home machine.

As a subscription service, there’s a much higher likelihood that people will pay for the software they use, but Adobe is going to be seeing their profit margins reduced in the long run because of it. They may have more sales but simple math shows that Photoshop owners can use the software for $720 after three years, whereas a usual license for the software runs nearly double that, if not more. On a three year update cycle, the lower pricing works in the customer’s favour by a wide margin.

This subscription model wouldn’t work on lower priced apps like those you find for a buck on In the App Store or Android Market. But with software packages that are becoming more and more expensive, we might be paying a subscription for our operating system rather than buying it outright sooner than we think.

Could gaming benefit from this model? One the one hand, it might monetize the people who play multiplayer games online. But for the ones like us at Eggplante who are more campaign players, it would mean we could pay five or ten bucks for a game and never feel the need to play it (or payor it) again. 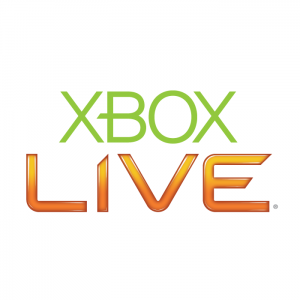 There’s also the fact that we already pay for some base services like Xbox Live before we even get our online multiplayer game on. The revenue would somehow need to shift from going into Microsoft’s pocket and into each individual developers’. We don’t see it happening because it would just become too cumbersome. Rather than playing any game we want, we’d have our credit card handed out to every developer under the sun, including indie developers, not to mention the fact that if we want to replay a game a few years later and our credit card information has changed, we have to repeat the entire process. There would be usernames and passwords all over the place, and it wouldn’t work. Plus, there’s also Sony and Nintendo who don’t even charge for online play as it is, further complicating the issue.

We think that we’ll start seeing a lot more cloud-based gaming in the near future. Not necessarily OnLive type cloud-based gaming, but more and more titles – yes, even blockbuster hits – will be downloadable on the same day that they’re available in store. We still like having our physical media handy, but if there is a discount involved (and it’s hefty enough), we’ll forego it.

Keep an eye out as we explore the trend of downloads as the new way to buy games in an upcoming Eggplante article.