We’ve been waiting for this game since we saw it at E3 2010. Now, nearly two full years later, does it live up to the hype?

We’ll say this right off the bat: Sorcery is, without a doubt, the best reason to own a PlayStation Move controller. With that said, we’re not sure that’s as big a statement as we’re making it out to be.

Let’s start with the story. We’ve never been into Celtic mythology, but it is clear that the game has been inspired by it. The developer of the game, The Workshop, has even mentioned that it was a big part of the design influence on the game, and while it isn’t going to knock you over the head with Celtic overtones, the game doesn’t feel as ‘from-the-ground-up’ creative as it might have been able to. 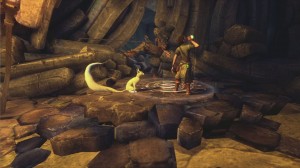 As is seemingly a trend in motion gaming lately, the graphics in Sorcery seriously leave something to be desired. Don’t get us wrong, the game does look good in some areas, and even better in others, but something about the overall design of characters, movement, and their animation is janky. Textures aren’t particularly robust, although they’re also not the worst we’ve seen. It seems pretty apparent that the game was given some artistic direction, but we’re just not sure how much.

But then you see things like rocks and boulders that make you think you’re looking at photos because they look so good. It’s almost jarring because some objects in the game look so good and therefore out of place. In any case, the game isn’t bad to look at, but it’s not the eye candy we’d expect from a PlayStation 3 title after six years through its lifecycle.

The audio in Sorcery is also middle of the road, so to speak. Character voiceovers are actually quite well-acted, but they don’t seem to fit the character on screen in any case. Your sidekick – a cat, by the way – is called Erline and is voice by a character who could have been any blonde from Desperate Housewives. We’re not sure the voice fits for a cat, the era, or the character.

Unfortunately, the background score suffers from the same bipolar issue. On the one hand, the music is quite epic and grand, but the game, given its smaller scale and not-so-robust graphics, seems like it is overdone by the music and that it doesn’t deserve the full orchestral sound of the audio accompaniment. Of course, we’re nitpicking a bit, but the developers should have picked one side and stuck to it. This jumping back and forth between epic beauty and mediocre gaming isn’t what we’re after. We’d have been happier with a mediocre game all around than we are thinking this epic score is wasted on a sub-epic game.

So, let’s get to the big thing here: holding a wand in your hand. This is what motion control was made for, wasn’t it? The obvious comparisons to Harry Potter aside, you do in fact feel like a wizard when you play Sorcery. You’re actually an apprentice, but nonetheless, you wield a wand and cast spells and magic over the world around you. You use the Move controller to drink potions, to stir up firestorms, and to throw objects at unwilling foes. The game is, perhaps predictably, creative in its use of motion controls and it somehow grabbed us in a way we didn’t expect. The game’s actual motion track and controls are some of the best we’ve seen, and while we wouldn’t say that they’re better than Skyward Sword, they’re easily the best use of motion control on the PS3.

Gameplay is remarkable, and there really is nothing like being able to finally use a motion controller as it was intended. Conjuring spells and potions is surprisingly fun, much in the same way that spending an hour in Grand Theft Auto crashing cars for no reason other than making a massive explosion excites the childish adult in you.

Of course, the comparisons to GTA end there.

Unfortunately, Sorcery is a mere six-hour game, and it certainly doesn’t make up for a lack of quantity with any huge amount of quality. The game doesn’t really leave a lot up in the air. There is certainly room for a sequel, although given the amount that this first run through has been hyped-up and subsequently let us down after a three year development cycle, we’re not sure one is on its way. Of course, we could be wrong and others may have enjoyed this wand-waver a lot more than we did.

Perhaps our biggest issue with Sorcery lies more in our mental state when loading it up. When we saw it at E3 2010, we were blown away to the point that we’d have dropped a cool hundred bucks to get some play time with it on the show floor. Seriously. But having loaded it into our PlayStation 3, we were underwhelmed, if only because the game has been so highly anticipated for the last two damn years. 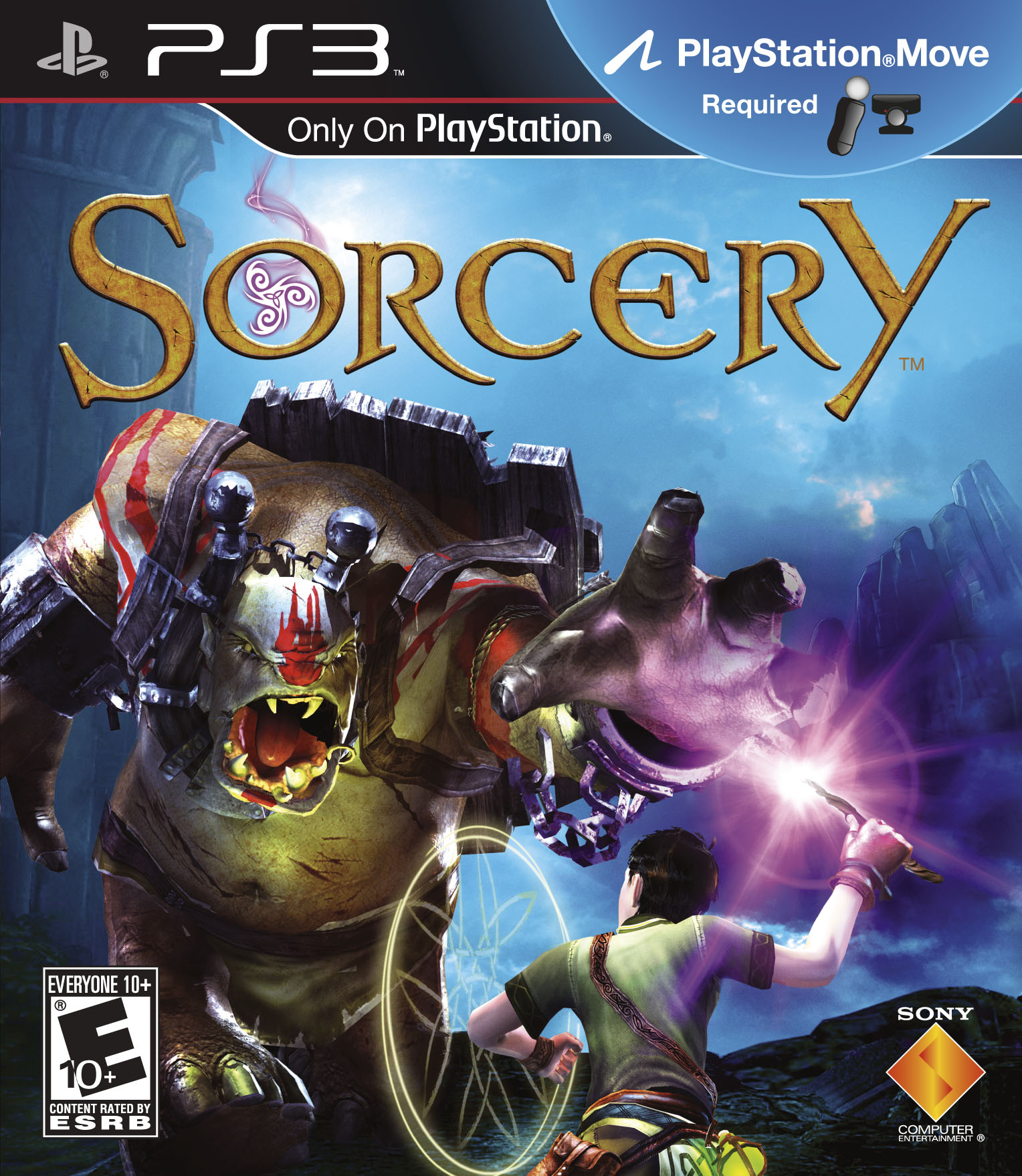