We’re only about three days before the first E3 festivities kick off in Los Angeles (and only two before we get there), so we thought we’d list off the biggest E3 rumours and speculation and throw in our two cents for good measure. We saw a ton of rumours emerge last week, some big, others bigger, and some even confirmed. 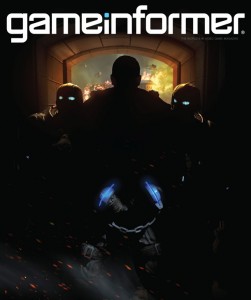 1) Gears of War. We were actually going to post something about a new Gears game coming at E3 this year, but the cover of GameInformer all but confirms the game will be announced shortly. IGN got hold of the cover (left) which depicts a character in handcuffs, being escorted by COG soldiers, with a whole bunch of flying mayhem in the background. Joystiq is also reporting that Bulletstorm studio People Can Fly is involved in the project. We’ll see next Monday at Microsoft’s Press Conference, unless this all turns out to be a big PlayStation reveal, or perhaps the next big 3DS game. Don’t count on it.

2) Splinter Cell: Black List. We actually got word that the next instalment in the franchise would indeed be called Black List. We’ve got some other solid info on the game that is going to make it awesome – take our word for it – but we’re holding it close to the chest because it’s not something we’d like to spoil for you all. And, you know, we’d rather not be put on any blacklists ourselves. Count on Splinter Cell being an M-rated game, though. We’re just hoping we get to see it this year, but we’re thinking it’ll be released sometime in 2013.

3) Star Was 1313. This game was actually only announced a short while ago, and was billed as the next epic instalment in the Star Wars franchise. Since then, we’ve seen an official announcement from LucasArts who says the game takes place deep below the surface of Coruscant and that the main character you’ll be taking hold of will be “a deadly bounty hunter [using] an arsenal of exotic weaponry to hunt down his marks and uncover the truth surrounding a criminal conspiracy.” Call us excited for this one, but we’re cautiously optimistic it won’t take three years to ship.

4) PlayStation 4 and Xbox 720. We’ve been hearing these rumours since the Wii U announcement at E3 2011. Of course, we’ll continue hearing them right up until the moment that they happen. But we’re of the belief that Sony is certainly not announcing a console this year if only to give its Vita a little room to breathe, and Microsoft still has a good amount of life left in its current generation console. Will we hear something at E3 2013? Absolutely. But that’s next year. 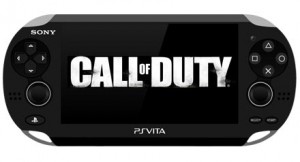 5) Call of Duty and Assassin’s Creed Vita. While the Call of Duty rumour isn’t actually a rumour – given that the game was announced at Sony’s Press Conference last year – we still have no idea what the title will bring. Will it be a port of the console version of Black Ops II, a take on the game in the Modern Warfare universe, or something completely different? And which studio will handle it? Perhaps the bigger question is one about Assassin’s Creed. With the Vita having so much power as to become almost a full-fledged console, what is stopping Ubisoft from putting the game onto the handheld? Well, nothing, but this supposed image leak doesn’t do anything to dissuade us from thinking the game is on its way.

6) The Last Guardian. We’d be shocked to not see anything about this one. Sure, it’s been in the vault for so long, but there have been reports that the game is finally getting closer to release, and it’s about time we see something more than the trailer we got back in 2009. We’re thinking we’ll finally see some actual gameplay and – get this – a Vita counterpart to the last guardian. It would be only fitting that a game starring a tiny hero alongside a giant creature would get something for the tiny and the behemoth members of the PlayStation family.

7) Vita price drop. We know this one is almost a sure-thing, given the Vita’s weak hold on the market so far. Truth be told, it’s a fantastic system with some excellent games. Most people are pegging a price drop of about fifty bucks, making the console $199 for the WiFi-only version. We’re thinking we’ll see something even more aggressive, either matching Nintendo’s 3DS price at $169, or beating it by moving down a rung to $159 or $149. A report came out a short while ago suggesting the Vita only costs about $160 to make, so given that component prices should be going down over time, that cost is likely a tad lower, and given Sony’s propensity for losing money on hardware and making it back on game sales, a hundred dollar price drop on the Vita might not be such a bad thing. Will we see Nintendo drop its price to follow? Not at E3, but we might see another $20 or $30 break come this holiday season. The 3DS reportedly costs only about a hundred dollars to build, not factoring in advertising and marketing expenses, and Nintendo has traditionally refused to take a loss on hardware manufacturing.

We know there are other games expected, including Kingdom Hearts, the next Mario / Kirby / Wario / Donkey Kong / Zelda game from Nintendo, as well as a whole bunch of peripherals, hardware announcements, and interviews to be had. But that’s the big stuff, and frankly, the stuff we’re most looking forward to. Until something else blows our socks clean off. Last year, it was Tomb Raider. This year, we can;t wait to find out what it is.

We’re hopping on a plane to sunny Los Angeles shortly, so don’t expect too many more rumour articles or what we expect from E3 2012, because we’re about to start finding out! In the meantime, you will see another retro review from Erika Szabo as well as our take on Resistance: Burning Skies for the Vita.