While we’re all abuzz about the Electronic Entertainment Expo in Los Angeles, there is another pretty massive event happening just a week later: Apple’s Worldwide Developers Conference, WWDC, in San Francisco.

Beginning June 11th and running through the 15th, coders from around the world will descend on San Francisco to learn new techniques and bring more efficient software to their customers. But most of you don’t care about that, and to be honest, we don’t really, either.

WWDC marks the moment where Apple’s CEO Tim Cook will take to the stage at his opening keynote and likely unveil either a new iPhone, new MacBooks, new iMacs, or any combination of the three. There have been plenty of rumours floating around about the next generation products coming out of Cupertino, so we’re going to break down how we think it’ll all play out.

We’re not entirely sure the next iPhone will be revealed just yet. While we’ve been seeing some interesting rumours and supposedly leaked photographs, it doesn’t make sense that Tim & Co. would announce a new iPhone when the iPhone 4S was just released in October.

However, just because we won’t likely be seeing a new iPhone doesn’t mean we’ll be without a glimpse of iOS 6. We actually expected iOS 6 to be announced at the iPad event back in March, and given that it didn’t happen then, it certainly needs to happen now.

iOS 6 has been a bit of a mystery. There are rumours of NFC support even though we’ve yet to see any hardware from Apple with the tech built-in, as well as higher-resolution support and tweaked iCloud services. Of course, none of these things are actually related to iOS 6 itself as they rely on other pieces of the puzzle – whether hardware or other software – to make any difference. What we expect to happen is for Siri to be available in many more countries – including Canada, hopefully – as well as for the voice-recognition service to come out of beta and be officially released to the masses. Beyond that, we have no clue what else iOS 6 will bring. 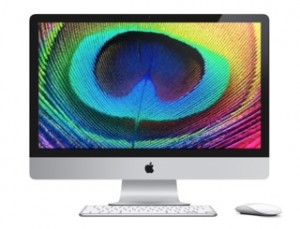 The computer part of Apple’s equation is equally interesting. Everyone is expecting retina display Macs, and while we definitely see that as the next step, we’re not sure it will be enough to justify new machines. We are thinking Apple is going to be the first company to put 4G LTE chips into their laptops, as well as take out the optical drives of all but the highest-end 17″ Pro machine. This will simplify their product line a bit, reaffirm their longstanding commitment to digital, spur sales of their iTunes Music and Movie Store products, and slim down the computer, not to mention save battery life. It’s a huge win all around.

The iMac will also be slimmed down, but it won’t be losing its optical drive just yet. However, don’t expect any advances to be made regarding Blu-Ray support, although that would certainly be nice if the displays do in fact become retina displays.

Mac OS X Mountain Lion will be the biggest part of the show, outside of Apple’s new hardware, and since this is a developer’s conference after all, the new software will take the cake as far as the biggest changes. We’re going to get a full in-depth view of the operating system as well as a price and release date if all goes well. We’d peg the new version of OS X to be thirty bucks and release sometime this October, alongside what’ll likely be the new iPhone announcement.

While we won’t officially be at the conference, we will be back in Toronto that week to report on everything as it happens. We’ll be repeating our liveblog-style posting that we started with the new iPad introduction with the WWDC Keynote set to take place the morning of the 11th. Stay tuned!