This week, Nintendo finally announced all the pertinent launch details for its latest home console, Wii U. As Nintendo’s PR rep put it to us, “the clouds will part on September 13”. And part they did. 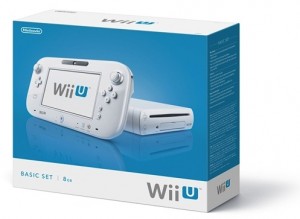 Nintendo began their conference with all the big launch details: contents, price, and date. Wii U launches November 18th, 2012 in North America, sticking with the company’s usual Sunday game and hardware launch schedule. The console lands just over a week later in Europe, and early-December in Japan.

In an unusual twist for Nintendo, the console will land in two variants, a Basic Set at $299, and a Deluxe Set to sell for $349. The Basic Set will include an 8GB Wii U console (in white), GamePad tablet controller, sensor bar, and all the necessary cables and such. The Deluxe Set, which is probably the route most people will go, will include everything in the Basic Set, but upgrade your console to 32GB (while also changing it to black), adding a GamePad stand, console stand, GamePad charging dock, as well as a copy of NintendoLand and a code to get 10% off eShop downloads going forward.

It is pretty clear that the Deluxe Set is the way to go, if only based on the math of the additional 24GB storage in the console and the NintendoLand pack-in which are worth well over $80 individually.

A lot of people are making a big hubbub about price, and while the price we’re seeing from Nintendo isn’t PlayStation Vita-low, it shouldn’t be. Consider just six years ago when we got the first Xbox 360s and PlayStation 3s out in the marketplace. Those consoles had starting prices at over $500. For that same amount of money, you can get the Wii U Deluxe Set with four additional games, and have tons of content.

We’re also looking at the value of the hardware as a huge selling point. Of course, the Wii U won’t be as powerful as the next-generation consoles (Xbox 720 and PlayStation 4, we mean), but that tablet controller with the camera, gyroscope, accelerometer, and massive touchscreen has to account for something.

During the launch window (about three months), you can expect to see over fifty games released, including some of the biggest releases of the year with games like Assassin’s Creed III, Call of Duty: Black Ops II, and Mass Effect 3.

We’ll of course have massive launch of the Wii U including hardware and game reviews, as well as the requisite opinion pieces and a couple of giveaways here and there. Stay tuned! 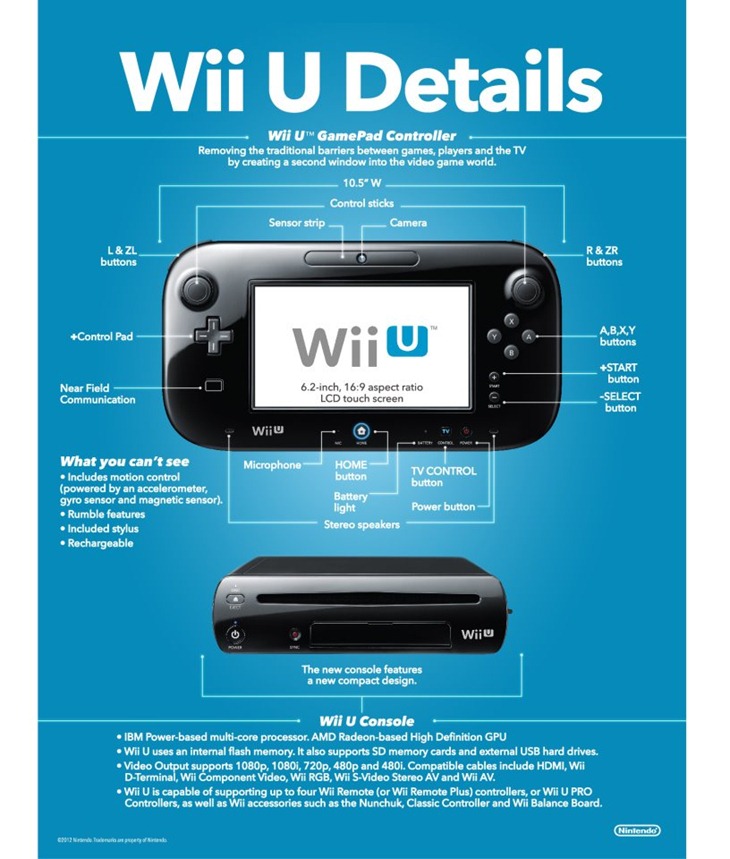