We’ll get it right out of the way: we’ve never been huge fans of Kirby. He’s a character that is either loved or hated in the Nintendo community, and he bounces into our lives on occasion, only to fly right out a few moments later.

We had the chance to play Kirby’s Dream Collection Special Edition recently, and what we’ve found here is a collection of games that makes us second guess why we’re not as big Kirby fans as we should be. 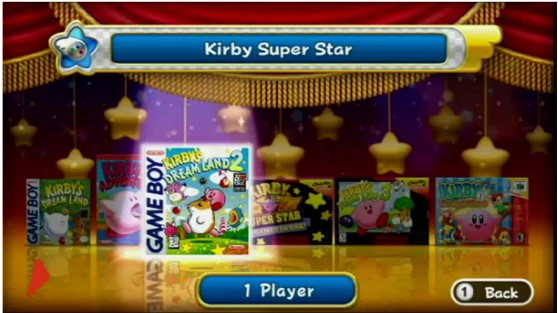 Marking the 20th anniversary of Kirby, Dream Collection is a set of six titles spanning four consoles (Game Boy, Nintendo, Super Nintendo, and Nintendo 64) that let us relive all the incredible moments we had with the little pink ball over the last two decades.

This collection is all sorts of cute. The gameplay doesn’t really vary from one title to the next, but that’s pretty middle of the road for Nintendo with its other franchises (ahem, Mario). But what’s great about that is that the gameplay is really solid across the board. Realistically, you won’t want to play through all six games at once because they will become one big nasty blur of a game after a while, but they are all superb titles nonetheless.

Of course, the six titles you get in the box aren’t the only reason to pick up this incredible package. Beyond the games themselves, you also get an art book that, while we thought it seemed too thin and light at first, turned out to be packed with information about the character and its games. It is laid out like a super-crazy Japanese gaming magazine of sorts; bright colours everywhere, a ton of information bombarding you, and stars and pink fluff everywhere, just like Kirby would expect. 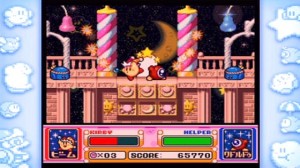 You also get treated to a 45-plus track soundtrack CD with some brand new music and remixes exclusive to this collection. The latter is probably the biggest bonus to this because Kirby isn’t Kirby without the music of the series.

On the game disc, you’ll also find an interactive museum of sorts. A beautifully-designed, Kirby-themed red carpet walkway takes you through the history of each entry in the series as well as gives you a bit of information on each one. This is a great way to remember Kirby‘s highlights and almost makes for a mini-marketing tool to go look up the games that aren’t included in this collection and download them on the eShop or Wii Virtual Console.

The only way Nintendo could have made this a more valuable package would have been to include a 3DS cartridge with all the portable games to really get the feel of playing the originals again. Big-N needs to be less concerned with volume and should pump out a few worthy collector’s editions of games every once in a while, especially when one of their most iconic franchises turns two decades old. They gave a worldwide-touring symphony to Zelda, so Kirby certainly deserves more than two discs and a book, right?

So Kirby is clearly not as big a franchise as The Legend of Zelda, but the fact that Nintendo could have really blown everyone away with a two disc set with every Kirby game ever made on it as well as a 3DS cartridge with all the handheld titles on it still makes us wonder what could have been.

That said, for what you do get in this collection, if you’re even halfway to being a Kirby fan, you need to grab Kirby’s Dream Collection. Every Nintendo fan should have it in their collection.