In our previous Eggplante Top Ten lists, we tackled movies and video games. We wanted to do a list that perhaps not everyone thinks of all the time, and that is a list of the best sitcoms from the golden nineties. If you were born in the mid to late eighties, these are the shows you would have watched after school and based most of your childhood on. So here’s our rundown of our favourite ten:

10 ) Seinfeld – We’ll be the first to admit that we were never huge Seinfeld fans, but we always appreciated the humour it brought to the table. This is a show that actually started in 1989, but given that it didn’t end until 1998, we’ll call it a 90s sitcom. It introduced the genre of bland sarcasm in a very funny way. Simply put, Seinfeld was a success because we could all relate to it.

9 ) Frasier – What we loved about Frasier was that it was our first foray into a serious sitcom. The show never quite took itself too seriously, but it always had a very intellectual overtone. Coupled with the phrases that would introduce each scene, we always felt like there was probably some joke going over our heads at any given moment. Somehow, it never came across as condescending, but every episode had its great laughs, landing it at number nine on our list. 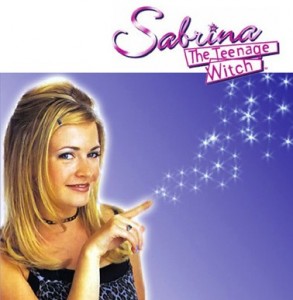 8 ) Sabrina, the Teenage Witch – We had a huge crush on Melissa Joan Hart back in the mid-90s, and we still sort of do. We think we knew even back then that the show wasn’t phenomenally written but enjoyed the ridiculousness of Salem, the talking cat. Of course, the fact that almost anything could happen every episode because the show wasn’t bound by the laws of reality – they were witches, after all – made it worth tuning in to every week.

7 ) Full House – A lot of you will wonder why Full House is all the way up at number seven on the list when most late-80s kids probably know more about Michelle Tanner than some of their classmates in grade three. The simple fact is, Full House was a stellar show, even if it was all too corny at times, but there were some more standouts in our minds. With that said, the Tanners always brought us a lot of smiles and more importantly, a lot of life lessons from the streets of San Francisco.

6 ) Family Matters – Who doesn’t love Steve Urkel? Carl and Harriet Winslow became a staple of our after school sitcom routine as the normal family quickly became unravelled by the bizarre Urkel character. We most relate this to Dennis the Menace because that’s almost exactly what it is, but with a much more human twist. Family Matters taught us a lot about some pretty serious stuff, like how to cope with death, and just how much your grandmother loves you.

5 ) Boy Meets World – We also met some amazing characters on Boy Meets World. The weird and loveable Cory was always kept in line by his normal girl-next-door Topanga, while their tame-yet-radical friend Shawn would get into a bit of trouble here and there, teaching us lessons along the way. Mr. Feenie introduced us to the way a teacher can become such an inspiration, and more importantly, a friend that you cherish for the rest of your life. We’re lucky to say we’ve had a few of these kinds of teachers in our lives, and Boy Meets World may just be the reason we believed it was even possible.

4 ) Home Improvement – Tim Allen’s sitcom was a man’s man’s show. Not in the way that you might think with football, cars, and babes, though it certainly had all those things. Home Improvement was hilarious and hit home because it was true to life in terms of showing that just because you have four boys at home, husband included, doesn’t mean the biggest kid isn’t the husband, and doesn’t mean that it’s a man’s house. Jill Taylor kept those boys in check and neighbour Wilson Wilson (yes, that was his real name) added some much needed oddity to the mix. 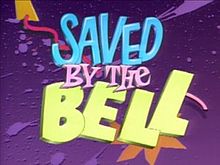 3 ) Saved by the Bell – Zack and Kelly were high school sweethearts and we still think that they’d be together if Saved by the Bell was still on the air. This was actually a show we’d watch before school – it played back-to-back at 7:00 and 7:30, if we remember correctly – and it always served as some great comfort to us knowing that there were kids out there going through what we were going through. Saved by the Bell had some incredible real-life moments, even if some of them were farfetched, and it was with the group of kids we slowly saw ourselves becoming.

2 ) The Fresh Prince of Bel-Air – Will Smith was certainly no stranger to acting like a goof in his Fresh Prince days. The reason this show is number two on our list is because this is a show that not only gave us great laughs but had some really incredible memories, both serious and comedic. One of our favourite moments from any show – ever – is one in which Will cries on camera in agony as he realized his father doesn’t give him the time he deserves. The moment is chilling and so well-acted, it always gets us emotional. Take a look here:

1 ) Friends – Without a doubt, Friends is our number one pick for best 90s sitcom. We grew up with Rachel, Monica, Phoebe, Joey, Chandler, and Ross, and have probably seen each episode about thirty to forty times (no exaggeration). The show is phenomenal because it showed us the lives of these six people not always entirely intertwined, but always weaving in and out of each other’s lives. The show became a huge success and is one of the few shows that ended on a very high note without beating the story to death. Some of the most memorable moments on television happened on the Friends set, whether in Monica and Chandler’s apartment or at Central Perk. We laughed and cried with these incredible people, and in our minds, somewhere out there, these characters still exist, and we’re just waiting for their next episode.