With a plethora of rumours coming out of Hollywood about the upcoming Star Wars sequel, one that has already popped up (we suppose it was inevitable) is that of Darth Vader’s resurrection.

According to /Film, someone close to the project (although how close, we’re unsure), Vader will return because he is too integral to the main storyline.

He’s an integral part of the franchise. Replacing him is virtually impossible. The plan is for him to return and play a significant role in the new films.

Of course, this early into the film’s production, it is very easy to see why this is completely unreliable. When Episode II: Attack of the Clones was officially announced following The Phantom Menace, there was a confirmed rumour that Jar Jar Binks would dive off a cliff in the opening scene in the movie. Whether you liked Jar Jar or not, he made it through to the end of Episode III, so that theor – ahem, confirmed rumour – went right out the window.

At this stage in production, it is fair to say that no one knows what will happen in Episode VII. We actually think hat 2015 is far too early to expect the movie in theatres. That is not even three years before we see the film released, and Disney is likely still in the throws of transitioning people from their day to day activities at LucasFilm to their day to day activities at Disney, whether or not they end up being the same thing.

We’re actually predicting a May 2016 launch for the film, if not 2017. We don’t see Star Wars as a Summer or holiday film (it never has been), and specifically predict May because every movie in both trilogies has been released to theatres in the month of May. 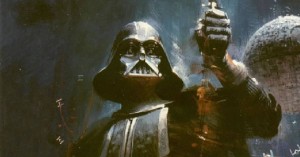 So why such a delay? Well, by the time a story arc developed and a script written, we’re looking at about a year from now. Add at least another year for pre-production, fine-tuning, costume design, set design, and then costume and set building, and we’re into mid-late 2014 in the best case scenario. Include filming the project for a few months and then post-production for a movie that very heavily relies on computer graphics, and we’ve missed the May 2015 mark already. And these timelines are all based on having started the project now, not next month or next year.

With Episode VII being the beginning of a new series for Star Wars and a whole mess of new entries in the universe, Disney needs to get it right. They don’t need to tell a dark tale, or an origin story, or reinvent the wheel. Episode VII needs to be about introducing new characters in much the same way that the original movies (Episode IV through VI, for the record) did.

Disney knows this, and you better believe they’ll take their time and develop incredible characters that make the Star Wars universe one for the next generation to fall in love with.

Unless, of course, LucasFilm has been working on the next film for two years, then it’s anyone’s guess what the hell is going to happen.