Have you been on Xbox LIVE since the beginning in 2002? Are you a resident of the USA and haven’t had any time go by without an Xbox Live Gold subscription? If so, keep an eye on your mailbox as you might just be receiving a brand-spankin’-new limited edition Xbox 360 to thank you for your patronage!

Major Nelson just confirmed via his Twitter and his blog that Microsoft will indeed be surprising “some” of the Xbox LIVE members who have been around since the beginning with a new console.

If you haven’t been around for the full ten years, you can still win a console by heading to Major Nelson’s Twitter feed where he’ll be announcing how he’ll be giving one away Thursday morning. 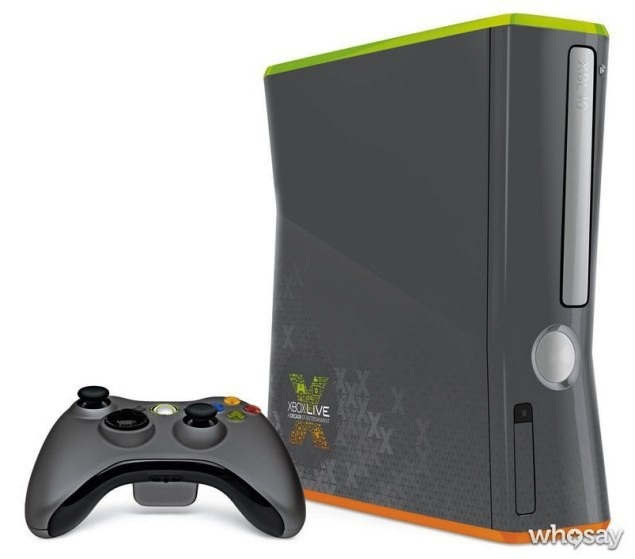 In our opinion, the console isn’t the best looking, nor is it close. But it is a limited edition console in likely very low production quantities that will see the value of it shoot up in value moments after people get their hands on it. So, chances are, in addition to winning one, you’ll probably be able to buy one on eBay in the next few months. If you’ve got something north of a thousand bucks, by our estimation.

The grey and green aesthetic aims to combine the original Xbox and the Xbox 360’s design into one piece, and the custom 360 controller is a nice touch. They could have very easily included a standard controller, so it’s great to see that Microsoft is really putting their all into such an exclusive giveaway.

By our account, this is the second major time Microsoft has given away new Xbox 360s, the first being at E3 2010 when the slimmer model of the 360 was announced and given to press who attended the media briefing that year.

These kinds of gestures are a great way to show Microsoft’s gratitude for people who have been with them for a long time, and something like this will likely keep a lot of people coming back to the Xbox 360.