The issue has been the source of much controversy since the product was announced: why do we have to buy into another ecosystem of plugs and adapters for Apple’s new iPhone 5? What was so wrong with the slim 30-pin connector that we have twelve accessories for?

Well, without the Lightning connector, there would be no iPhone 5 at all, actually.

In his interview with Brian Williams on Rock Center this week, Tim Cook outlined that the Lightning connector was required to make the iPhone 5 possible. Apple simply couldn’t do what they wanted with power, size, and form factor using the old 30-pin connector that they could with their new Lightning standard.

Of course, a lot of people are up in arms about it because it means buying adapters to use their old accessories, or worse, new accessories altogether. However, it’s our feeling that the only reason Apple is getting so much attention over this is because they are, in fact, Apple. The company is under the spotlight for anything and everything, good and bad, and while another company’s change might go unnoticed, people love flocking together in droves to poke a stick at the big guy.

Apple creating a new standard with their new connector will actually do great things for their products. They can be smaller, handle power management better, as well as become easier to use, thanks to the double-sided nature of the adapter. 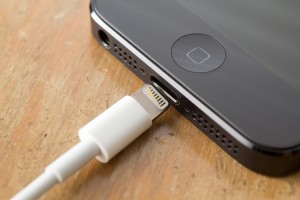 The time that people have been accumulating dock connector-based products is also abnormally long. Most standards in the industry tend to float around for five to seven years before they phase out. The compact flash card was introduced in 1994 while the SD card was brought into the market in 1999, just five years later. The SD card is still around, but has evolved in form factor to include mini-SD and micro-SD cards, neither of which will fit into the original form factor.

The reason? Size. Every millimetre of space on a device is precious, especially when the device is as small and thin as the iPhone 5. On a product like the iPad, or even the iPad mini, there is a lot more space to spread out components, so the issue is less important there, but the iPhone 5 is a very svelte device and has a thin profile. Apple even engineered a new nano-SIM standard for the cellular component of the phone, but no one seems to have batted an eyelash.

The simple fact is that CDs were replaced by DVDs, which were replaced by Blu-Rays, which will be replaced by something else. And none of your old equipment will be able to use the new stuff. BlackBerry has changed their charging connector a few times, going from USB to a proprietary port. USB itself is built on a few different standards, including USB 3 which will only run on a USB 2 port at the slower speed, effectively making it incompatible until you – you guessed it – upgrade your hardware.

So let’s be fair here and cut Apple some slack. They’ve done a phenomenal job with iPhone 5, and they’re getting heat over what should be a total non-issue. Don’t forget, if you really want, there’s more than one option to make that old accessory work with your new iPhone 5.

Header photo and inline photo from The Next Web.