In just a few days, we’ll see the latest Survivor winner crowned. This group of people journeyed to the Philippines to outwit, outplay, and outlast, and we caught up with Christina Cha from last season’s Survivor: One World to ask her whether or not she thought Survivor could ever get boring. 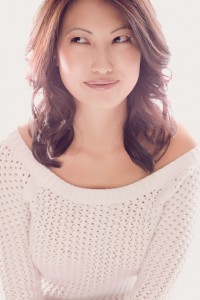 Christina Cha of Survivor: One World

Eggplante!: I think I had this realization about sixteen seasons in to Survivor that there are so many different possible scenarios to play out – what if Mike hadn’t fallen into the fire, what if this tribe member were on this team, etc. – that maybe that’s why Survivor can’t be boring?

Christina Cha: Yeah! You just don’t ever know what it’s gonna throw at you. Like, what are the chances of you going into the start of a challenge and you’re handed an egg, and you have to crack it to see where you’re going to be at? I could’ve picked an egg differently and by chance I happened to be with my nemesis. And then be in the misfit tribe. Who would know that it would be a second life, you know? To me, you don’t ever know how it’s gonna play out in the game. You really don’t.

And that pretty well sums it up. There are so many different ways that things can happen on the show. In every episode, it is virtually impossible to accurately guess who will go home even within the last ten to twenty minutes of the show. So many little things can happen; people talk, others get angry, Probst throws in some comment that changes the game, and now we’re back to square one.

Survivor is a beautiful reality show because it is one of the only ones that actually exhibits reality. You can argue whether or not the contestants are snuck food or allowed to shower, but at the end of the day, the interactions we see on camera are real human interactions. We see what makes people tick, what makes them happy and angry and diluted. 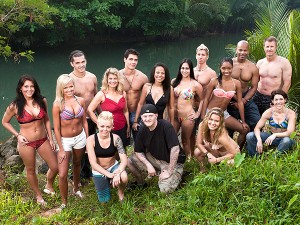 That’s a lot of personalities to clash!

The reason Survivor is so excellent is that it celebrates the human condition by letting people stew with each other. It doesn’t provoke controversy by making everyone go after the same love interest (ahem, The Bachelor), and it certainly doesn’t devolve into bitch fights over stupid things (ahem, Jersey Shore).

For these reasons, we don’t think Survivor will ever get boring. As taken from someone who had played the game before, Christina said that while she’d love to play the game again, she hasn’t been approached because she doesn’t see herself as that much of an “impact player” so-to-speak. With that said, it speaks volumes that she is humble enough to think she’s not that type of player and that the show’s producers are going to go after more story drivers like Russell Hantz.

In all, we’ll keep watching Survivor because the series shows us how people react under pressure of the game, the location, and of course each other. Perhaps more importantly, it shows how people all react differently under the same stresses which is the quintessential reason Survivor will never get boring.