Here we are again, folks! A mini gift-guide (inspired by this little thing) for 2012 featuring some awesome stuff from around the world. Our gift guide won’t have any PlayStations or Blu-Ray collections this year as we’ll be focussing on the more unique and awesome gifts you’ll find on shelves this season. With two items in each of three price categories, there’s plenty of choice for what you can buy your loved ones (or yourself; who are we kidding)!

Technology Will Save Us DIY Kits ($16 – $135) – Originally spied on Uncrate, these technology kits instantly take us back to our childhood and our first foray into making our own electronics come to life. There are tons of awesome kits to build, and in addition to the usual speaker and light kits, there’s one to detect when a kitchen plant is thirsty, and another to help you create interactive LED sculptures with dough!

Nike+ FuelBand ($129) – This app-enabled bracelet tracks your steps and calories just by you wearing it all day, every day. It connects to your phone via Bluetooth and lets you share your nutritional lifestyle with your friends via the NikePlus website. Just be careful if you’re giving this to someone who thinks they’re chunky. This kind of thing is probably best reserved for the already athletic person in your family. Or you, fatso. Get off the couch!

Bonus Mention: OUYA Console ($99) – This one is a bonus mention because it isn’t available until March 2013 (unless you’re willing to shell out $800 for a development kit early). It’s an awesome little console that plays Android titles on your television in high-definition and has everything you’d expect from a smartphone in terms of internal hardware. Yves Behar helped design the console and controller, too, which means this won’t be some ugly black-box sitting beneath your television.

GoPro HD Hero3 ($249 – $425) – The GoPro Hero2 has quickly become a staple among videographers both professional and amateur alike. They’re used as spy cameras, secondary views, dashboard cams, and even at weddings to capture candid moments at the head table. Of course, GoPro didn’t stop with their second camera, increasing the durability and power with the latest version of their popular helmet and car-cam. There’s also an improved waterproof housing for the camera, as well as a large external screen for film data.

Parrot AR.Drone 2.0 ($329) – This thing is just for unabashed fun. The Parrot AR.Drone 2.0 is a fully-functional quadricopter, complete with two cameras and an iPhone app to control the whole thing. It has a removable shell to protect the walls (and itself) when flying indoors and it can do tricks with a few simple taps on your iPhone’s screen. It’s an ingenious toy, and at $329, it’s a bit of a splurge, but one that will put a serious smile on your face.

Bonus Mention: Anything from Vaja Cases ($130 – $330) – We’ve always been huge fans of Vaja Cases because of their stunning quality and design. The company is a build-to-order leather goods manufacturer and they focus on beautiful technology cases, jackets, and sleeves. Their iPhone cases start just over a hundred bucks while designs for their notebook can easily run over three. Either way you go, you’ll be getting a tough, beautifully-designed case that does its job oh so well. 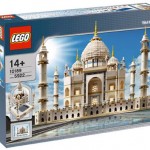 LEGO Taj Mahal ($800+) – There’s no denying why this thing is so incredibly awesome. The largest LEGO set ever created at an astounding 5,922 pieces (what, they couldn’t have thrown in a few extra bricks to make it 6,000?), the exclusive-to-LEGO-Stores set was originally priced at only $399. However, since the set has been discontinued, they’re going on eBay for anywhere from $800 up to an astonishing $1800 depending on condition. Of course, the coolest thing is that this set is based on a real-life location that it recreates in stunning detail. A close second is the London Tower Bridge set, which is the second largest set ever made and is still available for $239 at LEGO Stores and online. 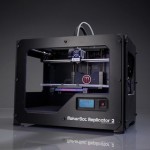 MakerBot Replicator 2 ($2,199) – If you haven’t heard about the revolution yet, you’re already too late. Instead of people buying items, in the (near) future, they’ll print them. Need a new spatula? Print it! A key fell off your keyboard? Print it! Need a new car? Let’s not be silly; you’ll still have to walk into a dealership for that one. But beyond the ridiculous, MakerBot’s Replicator 2 lets you print virtually anything you can fit in its 410 cubic inch build volume! So if you’re a small company that needs rapid prototyping or just a nerd who wants to make jewelry to sell on Etsy, this could be your thing!

Bonus Mention: Gray Design Sovereign Yacht ($135,000,000+) – What? We said five hundred dollars and up. Don’t be afraid to dream! This things got a wind turbine, solar panels on the roof to power its lighting systems (and stock up reserve power in the process), a retractable cover to serve as a sun shade for the jacuzzi, an infinity pool with a reinforced glass helipad in the center, a beach club on the lower deck, three engines to hit speeds of up to 30 knots, and even an optional limo that’s stored in the on-board garage. But don’t splurge on the limo. That would be taking it too far.

And there you have it! The Eggplante! Mini-Holiday Gift Guide 2012 has come and gone. We hope you found something you liked and didn’t expect, and keep geeking out with us at Eggplante all year round! Follow us on Twitter and Like us on Facebook for all the latest!