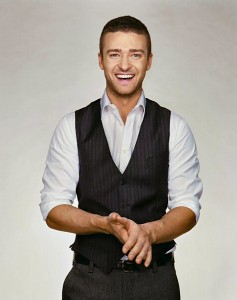 It’s been a long time since his *NSYNC days (and even his last album), but that doesn’t mean that Justin Timberlake isn’t planning on making more waves in the music scene.

JT took to Twitter earlier this morning to get everyone over to his website where he announced, well, something. When you go to the website, you’re greeted with a one minute YouTube video (in beautiful HD, by the way), which ends to a blurry website with a countdown ticking down to midnight, this coming Monday.

In the video, Justin talks about his love of music eclipsing anyone else’s in the world, having a true bond with his melodies, and wanting to put out incredible records. He tempers this by saying that he knows he can’t do it every year or two, and we’re all about focus and knowing when to slow down a bit, so kudos to him on that one.

JT’s last album, FutureSex/LoveSounds came out in 2006, almost a full seven years ago, so it is about time we get some new music from Timberlake. He seems to be ready, too:

The constant use of “I’m ready” makes us think that is the title of his next single, or perhaps the album name, though we can’t do anything but guess at this point. Take a look at the video on his official website or hit the play button right here: