Nintendo has taken a liking to impromptu events as of late, with a few Nintendo Direct videos as well as the company’s first ever Pokemon direct just a couple of weeks ago.

Seriously, we need more than these, and half of them aren’t even released yet!

Tomorrow, Nintendo is continuing that tradition with another session of Satoru Iwata awkwardly talking into the camera with a  Wii U Direct focusing on new Wii U titles. The program will be live worldwide (though there will be different versions for Europe, Japan, and North America) at 9 am Eastern / 6 am Pacific.

We don’t have a whole heck of a lot of details other than the fact that it’s a good bet to say we’ll be seeing Resident Evil: Revelations at least mentioned in tomorrow’s broadcast. We’re not sure if Nintendo wanted to keep that quiet until their announcement tomorrow, but such is how it went.

We do know that Iwata is planning for this Direct presentation to be “a little different” than usual, as well as the fact that he’ll be discussing new services alongside new titles. Could this be the first formal outing for the PVR and TiVo functionality of Nintendo TVii? We sincerely hope it ends up being more than that, but we’re not getting our hopes up.

Nintendo UK as well as Nintendo of America have taken to Twitter to announce the news, but no other information is known at this point. We originally thought that we’d see more of an emphasis on Wii U games sooner than two months after launch, but we guess they had to get through that holiday season or something before they could announce anything new. As if that makes any sense.

Regardless, we’ll bring you all the news from tomorrow’s Ninte… damn, Wii U Direct (stop changing the names of these things already, would you, Nintendo?) as it happens.

And for those wondering, don’t expect a massive announcement like Zelda or Mario. Not gonna happen. 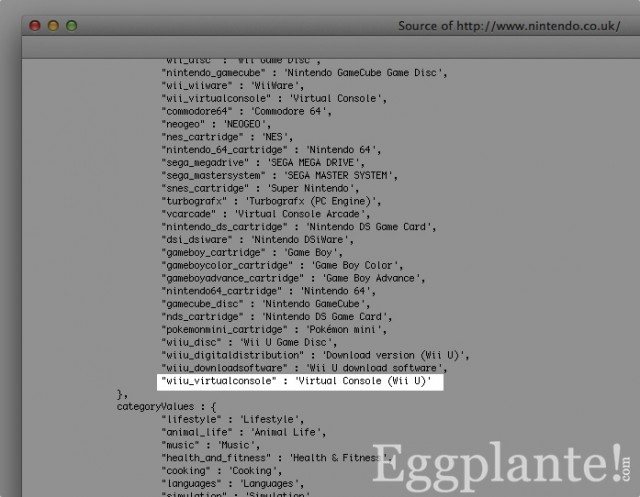