It seems to be the time of collector’s editions, Nintendo news, and next-gen console leaks. Today, we’ll discuss the latter as it applies to Sony’s PlayStation 4 (or whatever it is to be called).

Less than a week ago, we saw specs for what are supposedly Microsoft’s next big machine, and it seems as if we’ve got even more information about the next PlayStation than we did about the next Xbox. 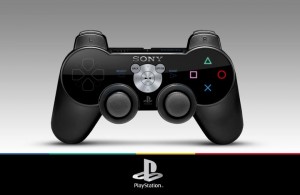 Kotaku has information on the development kit that companies like Ubisoft and NaughtyDog have likely received, and they probably won’t blow you away. The system comes with 8GB of memory, 2.2GB of video RAM, 2 quad-core processors, a bunch of USB ports, Blu-ray drive, 160GB hard drive, and the expected 7.1 channel audio support.

What’s interesting here is that these are development kit specs which tend to have more memory than shipping units, but at a scant 8GB (we know it sounds like a lot, but these systems have to last well past the year 2020), we’re not sure if these dev units have just as much or maybe less than retail units are expected to have. To run smoothly all the way through 2023 or so, we’d expect the system to be rocking at least double digits.

Video memory is likely very adequate based on what we know about current systems and how much video memory most current generation games need now versus what they did ten years ago. We typically see a five to ten fold increase in video memory requirements over ten years, as a game like Rainbow Six 3 which came out in 2003 required a minimum of 32MB of video memory. Now, we’ve got games that typically require 256MB to 512MB as a general minimum video card spec. Of course, with more powerful and multi-core processors, video memory is not the key spec like it used to be. 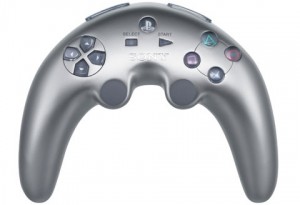 Remember this monstrosity? We actually liked it.

Specifications aside, what is Sony planning to do that brings their console into the next-generation in a new way? Rumour has it that Sony is designing a new controller for the console. It actually isn’t the first time that Sony might be planning a new design for their console’s controller, as they showed some questionable design sense with the PlayStation 3’s “boomerang” controller before getting hit by the reality stick and going with their much more popular DualShock 3.

This time, however, Sony is rumoured to be working on a controller that crosses what we know about the DualShock with a PlayStation Vita. Apparently, developers are working with standard DualShock 3 controllers as well as Move controllers, but there is supposedly a new style of controller in development for the PlayStation 4. Rumour has it that the controller keeps many of the same elements that make the PlayStation controller what it is – triangle, circle, cross, and square, most notably – while adding something new.

Now, we know that you’re thinking this’ll be another controller with a screen and a copycat move of Nintendo’s Wii U GamePad, but that’s not what this is at all. If the rumour proves to be true, the controller won’t have a screen at all, but a touchpad much like the one on the back of the PlayStation Vita or one you might find on a notebook computer. We don’t have any other details on it other than the fact that it might be a clickable trackpad (as in the entire thing will have a button mounted beneath it), and certainly have no idea how the controller looks.

The controller is also rumoured to feature vibration and motion-sensing technology like its SIXAXIS variety of DualShock 3, and add a tri-colour light in it, presumably to illuminate the PS button.

Finally, we’re brought to the account system on the PlayStation 4. According to Kotaku, Sony is trying to change the way we interact with user accounts on the PS4. Sony is moving away from single-user logins to what they call “multi-user simultaneous logins.” In its most basic sense, this means that multiple players will be able to be logged into the system at the same time. It does this by linking your controller with your user account. As you sync your controller to the system, you log in to the console. Of course, controllers won’t be stuck to that account, but it does help if people use the same controllers when they game.

This feature probably has a lot more use than anyone realizes at this point. For example, beating a boss in co-op means that all four players can grab the trophy for it. Or perhaps someone downloads a movie to their PS4 and another user signs on and shares that they’re watching the movie. It would go to that person’s account, not the one who downloaded it.

We’re sure Sony has thought up even more ways to utilize their new account management system. What we do know for sure is that all the specs, designs, and rumours we’ve seen are just that: rumours. Nothing is true until Sony says it is, unfortunately, but that might be sooner than we think.

PlayStation 4 launches…. well, we’ll have to wait and see on that one.