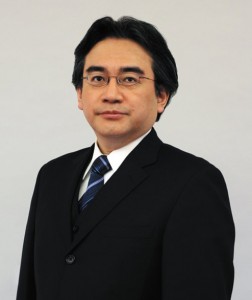 Nintendo has been under a bit of criticism lately for the way it’s handled the Wii U launch as well as showing off the capabilities of its system.

There is no question that the hardware has a lot of cool technology in it, but we haven’t seen how those things can be utilized in a less casual gaming environment. We’ve also yet to see any use of the near field communication (NFC) chip or the infrared sensors in the GamePad itself.

A lot of questions have arisen about Nintendo’s ability to effectively convey the hardware capabilities of its Wii U to the public at large (i.e. non-mega gamers like us). When asked about the time frame for software that will better communicate the product value of the hardware and its features, Mr. Iwata published the following official comment (translated from Japanese) about the issue:

The time frame I have in mind within which to enrich our software lineup with titles that communicate better the true appeal of our hardware is not an excessively long one. Except for “Wii Street U powered by Google,” which I demonstrated to you a while ago, and other titles already announced, a month or two is certainly not adequate to release a large number of titles, but we are hoping to be able to communicate to our consumers the new value of our hardware with titles that we are going to launch from approximately the second half of the calendar year toward the end.

Our results so far have indicated to a certain degree that it is rather difficult to let the hardware communicate its value by itself unless we focus on this aspect and become more creative in our messaging. However, this is not to say that our existing software has been inadequate in this regard and we are certainly not thinking of a long-term scale to achieve this. In addition, I believe that we will be able to launch new software within this year that we have not yet announced at this point.

What we’re able to glean from this is that there is actually some trouble at Nintendo right now. It seems as if they’re not sure which route to take to make sure that the Wii U is seen as the powerful hardware that we’re sure it can be.

There’s also something to be said for the fact that Nintendo’s Wii didn’t do its best job in showing off its capabilities until 2011’s Skyward Sword which came out nearly five full years after the console’s launch. Now, that doesn’t mean that we’re not going to see the big titles for this generation for a few years, but it might mean that game developers don’t fully know how to realize the console’s hardware until it’s been a while and they get the creative juices flowing. 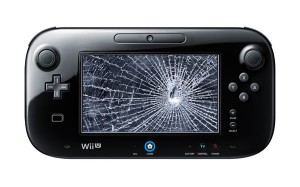 Iwata’s response also seems to be a bit of a non-answer. He mentions the “fix” for communicating about the hardware being a short-term plan and then turns around to say that it isn’t something that was really inadequate. Why require a fix if something hasn’t been botched?

Look, we love the Wii U for Nintendo TVii and Miiverse. But the games are why we buy consoles, and short of a few fun hours of Nintendo Land and New Super Mario Bros. U, we’re not sure there’s really that much reason to have the console at this point. It also worries us that Iwata is not really keen on giving an answer of how to get the job done, and we’re not sure if he’s just playing it close to the chest or if he really doesn’t know how they’re planning to do it.

The Wii U Direct that we got a couple of weeks ago did wonders for us in terms of the content that we got to see and the new titles that were announced. However, we’re not sure an HD Wind Waker, as much as we’re totally stoked about it, is really going to do much to prove the Wii U’s unique technology is worth picking up.

We’ll bring you more as we get it in future Nintendo Direct presentations and other communications from the company. We are excited about Nintendo wowing us at E3 this year, and we’re hoping they truly have more things up their sleeves. This’ll be a big year for Sony and Microsoft as they announce and show off their new consoles, and it’ll be very difficult to compete if Nintendo doesn’t have an ace up their sleeve. And no, we don’t think another remake counts as an ace.