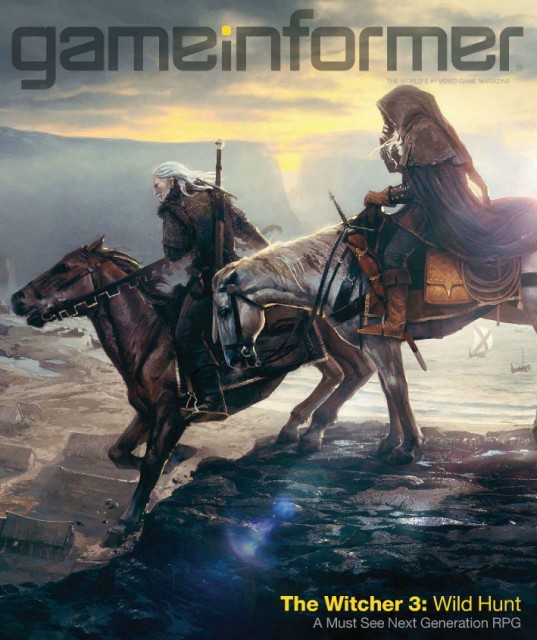 CD Projekt Red didn’t stop at The Witcher 2 which was released internationally on PC in 2011 and then on Xbox 360 last April. The team is now hard at work on their next title, with the culmination of everything they’ve learned going into the final game in the trilogy, and they call it The Witcher 3: Wild Hunt.

This new entry in the series will take the same dark ambience of the first games and put it into a new massive open world said to rival the size of Skyrim and certainly feature larger environments than anything we’ve seen from the team in the first two games.

The game is actually being built for the next generation of systems, the first time we’ve heard such a thing from a developer, according to Game Informer who has also published a video about the early stages of game creation as well as has a cover story exclusive in their March issue, available now with a Zinio subscription.

Does this mean that we’ll be seeing The Witcher 3 at Sony’s event in a couple of weeks? Well, we’ve never seen a Witcher game on a Sony console before, but the article does directly reference being developed for PC and “all high-end platforms available.” We don’t know what classifies high-end just yet, but as Game Informer puts it, “it’s a safe bet that new console announcements in the coming months will define the term.”

The game itself does look quite beautiful, and it seems as if it is a bit brighter than what we’re used to. That could be a good or bad thing, depending on how much you loved the look of the first games, but we like the more airy, open feel of this one so far. There are beautiful cities built up along coastlines and islands that remind us very much of the canals in Venice and, oddly enough, the massive guardians of Argonath.

Game Informer tells us that the game will have not a single loading screen, though we do find this a bit hard to believe. However, perhaps they’re working with technology in the next-generation that has so much memory and processing power that the entire world gets rendered as one massive chunk of data and truly never needs loading. We’ll have to wait and see on that one.

Take a look at the video giving a rather short sneak peek of the game, and hopefully this is a title we see at Sony’s PlayStation 2013 event in a couple of weeks.