Valve’s Steam is a wild place for gaming. This morning, NeoGAF user Stumpokapaw managed to find buried references to Halo 2 and Halo 3 in Steam’s game database.

The entries actually link to Steam Community pages for each game (shown at right), but those links no longer exist. The database history shows that the entry was actually added back in December of last year, and it was edited today to remove the website name.

An entry for Halo 2 is not entirely bizarre (nor would one for Halo: Combat Evolved be) because the game was actually developed for Windows and released in 2007. It also makes more sense given that Halo 2‘s PC multiplayer servers will be shut off on February 15th of this year, less than two weeks from now.

The existence of these entries in the database we call Steam is by no means a guarantee that Microsoft has any plans to release them for the platform. It would in fact be weird if that was the case, especially because Microsoft has their own Windows Store. However, Steam could be hosting new servers for the game which, for ten bucks or so, would help Microsoft earn some more revenue from a title that, to this point, hasn’t brought them any dough. 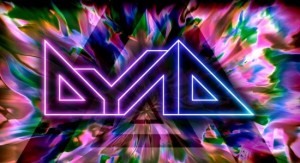 What makes us wonder further if anything is real is that the same NeoGAF user also found traces of games Fez, Dyad, and Quantum Conundrum 2, and the creator of Dyad, Shawn McGrath, has confirmed that the game will in fact be coming to Steam.

It’s worth noting that if Halo ends up on Steam and the “Steam Box” eventually comes to fruition, you’ll be able to play Halo on your TV! Oh, wait.

Microsoft did tell Eurogamer that they have no plans to release any Halo titles on Valve’s gaming service, though it won’t be the first time that a game company has fibbed a bit before showing their hand. It’s also bizarre that Microsoft had a response for it, because denial usually means that the company is going to  They might be needing to grab some attention away from Sony’s big announcement in a couple of weeks, after all.