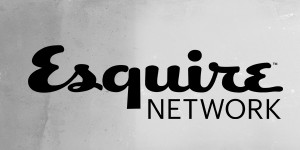 Today, NBCUniversal announced that the channel we currently know as G4 will be dissolved and rebranded as the Esquire Network on April 22nd of this year.

We first heard of the news late last year when G4 announced that X-Play and Attack of the Show! would be ending at the close of 2012, but we now have more concrete details.

The Esquire Network will reportedly be targeting “a more educated, affluent, sophisticated male viewer.” It won’t be a magnet for shows like Storage Wars or Shipping Wars that target men “in a one-dimensional way”, notes Adam Stotsky, the general manager of the new network. He doesn’t see “tattoos or pawn shops or storage lockers or axes of hillbillies” as the main attractor for the audience they’re looking to nab with the new network.

We’ve got word that our favourites of the current network, Electric Playground and Reviews on the Run, will be unaffected as the channel rebrands. Victor Lucas, the creator, host, and producer of the shows has taken to Facebook and Twitter to make sure fans knows he and his team aren’t going anywhere:

Thanks for the birthday love! For people asking: EP & ROTR are NOT affected by G4's transition to Esquire. Congrats to my friends there!

The network’s first original programming will include a cooking competition called Knife Fight and a celebrity-based travel show called The Getaway. Really, so long as the channel has our gaming favourites and doesn’t devolve into ridiculous reality shows or re-runs of Cops and Campus PD, we’re happy. Some re-runs are heading to the channel as new content gets picked up, but we’re talking about shows like Parks & Recreation, which actually makes us more happy than anything to see.

We’re excited to see how the new network actually brings some more affluent male programming to television, and what that really is. With shows like Reviews on the Run and Electric Playground alongside some classics like Parks & Recreation, we’re not really sure how the channel will differentiate itself from others that play the same shows. We guess we’ll find out come April 22nd.

Let’s just hope the logo for the network includes Mila Kunis wearing nothing but a pair os spray-on leather pants. You know what we’re talking about.