We’ve never played a Fire Emblem game before, so as our first entry in the series as well as the first in the series on Nintendo’s 3DS, we expected to be impressed, if not blown away. Fire Emblem: Awakening is very much a seductive game. It pulls you into its world in a few different ways and then drops the ball almost entirely across the board.

Awakening‘s audio will grab you from the character selection screen, even before the game itself starts. You can select between three different character voices, arguably not that different, but unique enough to have you believe the audio was recorded multiple times over. When you finally jump into the game, the first few lines of dialog you hear are breathtaking. They’re fully voice acted and are some of the clearest audio we’ve heard on a portable console.

But then the game devolves into little more than short grunts and Zelda-like moans when a character has anything to say, at which point, you’re forced to just read what’s written on screen. Like we’ve been doing since the mid-1990s and the original Pokemon games. It’s a shame, too, because the voice acting that is there is brilliant. 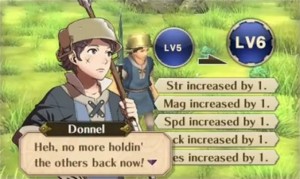 Graphics, unfortunately, suffer the same fate in Awakening. The title opens with some pretty gorgeous cinematics, and 3D is actually put to decent use during them. But the game then switches to a zoomed-out game board view of everything, and these cinematics don’t appear except for a few moments throughout the game. It would have been so much better suited to a high-resolution display like the PlayStation Vita’s and we can only imagine how gorgeous Awakening would look on it.

On another visuals front, however, battle sequences look delicious. You’re taken from the over world and zoomed into the battle at ground level. The moves you pull off are animated smoothly and fluidly, and we never noticed a single frame drop. There are also a couple of nice view options that let you change the camera angle mid-sequence to give you a different perspective on the fight itself. There are even slow-motion, super-speed, and pause options so that you can see these beautiful moves in any way you please. We played around with them a few times, but going through the game, we only ended up using the fast-forward option. In a game as cinematically-driven as this, little touches like speed controls are nice to have, but the gameplay also suffers as a result. 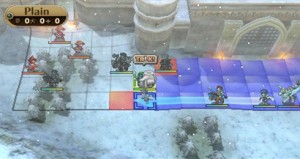 While the ability to control camera movements and speed is nice, it means you’re not controlling something far more important: the game. The fighting mechanic in Awakening is virtually non-existent. You take your turn, make your selection between moving, staying still, attacking, or otherwise, and then let the game do its thing. There is very little real control over characters and their interactions with enemies. Honestly, it reminded us of Find Mii on 3DS StreetPass, and that’s a huge insult for a game that commands as much attention as Fire Emblem does.

Now look, we understand that Awakening is on the top of a lot of gamers’ lists and it has made the rounds as one of the best reviewed games of the year so far. But this being our first Fire Emblem game, we expected a lot more than what we got, and the gameplay mechanics just seem tired for what the typical turn-based strategy game is. That might just be us, but we did still find some good value here in the story and control components of the game.

We love a good story. We’re probably of the few people that prefer a solid single-player campaign over a multiplayer experience. Handheld titles have a bit more difficulty engaging in deep storylines just by nature of them taking place on smaller screens and usually in smaller worlds. But Fire Emblem has no problem having you not only fall in love with its many characters, but feel for them when many of the inevitably die along your journey. The story itself is not remarkable at first, but quickly and sharply changes directions to focus on new characters often. It can be confusing if you don’t follow along closely enough, but if you’re a story buff as we are, you should have no troubles here. 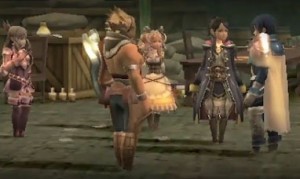 If you’re not okay with the permanent death of some characters, there is a mode new to the series called “Casual Mode.” This is how we played through (since, yes, we’re new to the series), and it made it so that we could restart battles if we didn’t want to see certain characters die. A colleague of ours chose to play through the game in traditional Fire Emblem style and ended up restarting 226 times. No, seriously, read his account of the experience here.

We really wanted to love Fire Emblem: Awakening more than we did. It took a while for us to really believe that the beautiful cutscenes and voice acting that lured us in from the beginning would not be returning at later stages in the game in any great amount. With that said, what probably soured the experience more than anything was the promise of this grand game with epic story and amazing graphics and audio. While the story certainly delivered, the let down of graphics and audio really left us wanting more, and that upset us even more.

If you’re already a Fire Emblem fan, we’re told that this not only stays true to the other titles in the franchise, but improves upon them to create one of the best, if not the best entry in the series so far. We can’t attest to that, not having played other games in the series, but we can see why that might be the case. There’s a fair bit of customization available here which is what Fire Emblem fans have been clamouring for, and they’ve got it, so while the game wasn’t for us, there is still quite a bit to like in Awakening. 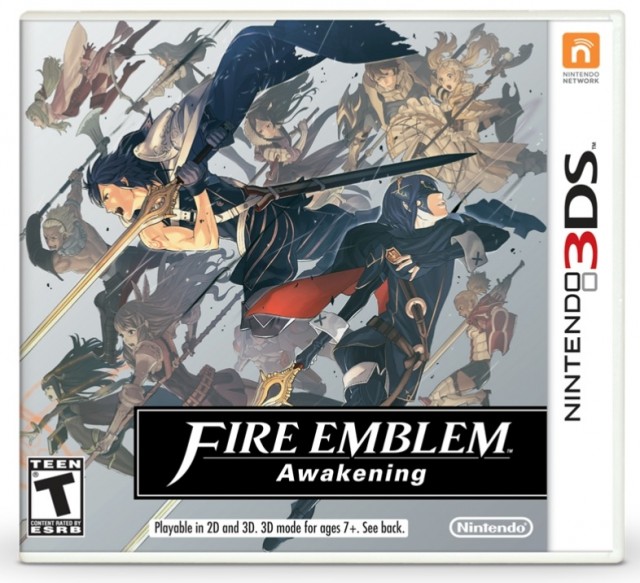