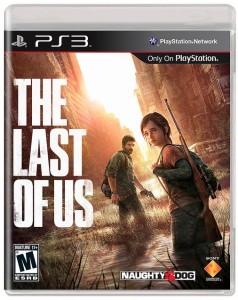 An interesting and sad bit of news today as Sony developer NaughtyDog has pushed back the release date of their upcoming survival-action game to June 14th of this year.

Given that the delay is only about a month, we’re not thinking it’s being pushed from its original May 7 launch because the game is still in the major throes of development. NaughtyDog is citing that they didn’t realize how big the game was (even though they’ve been touting it quite a bit), however, we’re more inclined to believe that Sony halted the march to the production line. After all, they want to make sure that the game is absolutely perfect as it might be one of the last big titles on the PlayStation 3, and we don’t blame them one bit.

What’s very odd – and frankly disturbing – is that the game is now set for release on June 14th, the last day of E3 2013. It might not sound like a big deal, and to some, it sounds like a great idea releasing a game just after a major convention like E3.

We’re not so sure.

A large portion, if not most of the world’s gaming and entertainment media will have descended upon Los Angeles for arguably the biggest video game show of the year. Releasing a game to that time could mean a lack of reviews from larger as well as smaller outlets, in addition to the fact that most of the people who would be buying games are focused on getting news about new consoles and might not want to invest in games for a console that will be out of date in six months.

There’s another side to the coin, and it in itself is another sad realization, and that is the likelihood of seeing Uncharted 4 as a surprise hit of the show (or Sony’s announcement next week) getting thinner and thinner by the minute. If NaughtyDog is pushing back their biggest title since the Uncharted series, we just don’t see where they’d find the time to develop enough of a new entry in the Uncharted franchise to really show us anything worthwhile. Then again, that doesn’t mean Sony won’t flash a logo, say “Coming Soon”, and calling it a day.

It’s a real bummer that The Last of Us is getting a delay. It was supposed to be the last big title leading up to E3 and begin the end for both Sony and Microsoft’s current generation of consoles. Regardless, we’ll be reviewing it when it does become available, and if we can get our hands on a copy early enough, we just might be able to squeeze it in before the big show after all, but we’ll let you know if that happens. Stay tuned to our Twitter and Facebook pages for more on The Last of Us including a preview in the coming weeks!

Don’t forget, you can always tide yourself over with the demo of The Last of Us that you can grab for free with a copy of God of War Ascension which drops in a month.