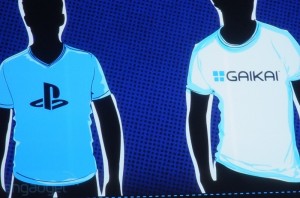 Sony is making use of their $380 million acquisition of Gaikai in June 2012. For those unaware, Gaikai is a multimedia streaming startup based in Los Angeles that Sony picked up for their expertise in streaming media.

At today’s event, Sony announced that the PS4 would not actually be able to play PlayStation 3 discs, but rather, would make available a catalog of games online for streaming to the console. Similar to OnLive as far as we can tell, the game will actually be played as it is being downloaded, with no remnants of the actual game on the hard drive when the player quits the game.

The service will presumably make use of cloud-based game saves so that you can actually continue playing a game in more than one session, even though you’re streaming it. It will also make it very easy for cross-platform compatibility as the Vita will be able to play some of the games available on the network.

The list of games has not yet been published, but Gaikai CEO David Perry said that every game would be available to try for free. The mentality he has towards gaming has carried from Gaikai to Sony, it seems, as he said, “pay only for the games you fall in love with.” 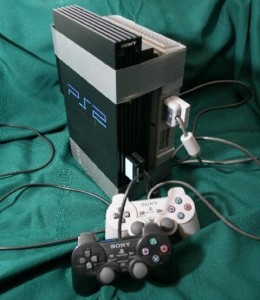 At least we won’t have to do this.

The same service will be adapted for the PlayStation and PlayStation 2 back catalogs it seems, but we wonder about how long those catalogs will be available. Since the games are being streamed, it’s up to Sony how long they will stay alive on their store, and perhaps even how many times you can play them.

We do know that the streaming service allows for a more seamless experience when booting up a game, as updates will be performed on the server end, not when you pop in a disc (mainly because you won’t be popping one in). Gone are the days of buying a new game, taking it home, and waiting a half hour for a day one update just to play it. All that can be done on the server’s end if there are patches that the game needs to run properly.

While it will be nice to avoid updates, we’re very worried about the constant internet connection required to play these games. We don’t care if companies monitor us to ensure the games we’re playing are legitimate, to be honest, because we don’t steal games (and you shouldn’t either). But what if our internet connection drops for a few seconds, or our ISP decides to cap our internet usage to a few hundred GBs per month because we’re using too many. Every company has fair use policies, and if we’re streaming Grand Theft Auto IV for two weeks in a row, our bill might put us in the social class of people who can’t afford food.

This functionality, known as Remote Play, is available with the PlayStation 3 and previous Sony handhelds, but will be brought to the next generation with PS4. The PlayStation Vita can begin pulling video and data from the PS4 mid-game, so if someone comes in and wants to kick you off the couch, they can, and you can continue your game on your handheld.

Another interesting facet of this is allowing your friends to take over your controller remotely when you get stuck in a specific spot. You can stream your video to their tablet, mobile device, or PlayStation 4, and they can control your character for you and return the reigns when they slay the baddie or solve the puzzle you were too lazy or inept to do yourself. How well it will work in the real world, however, we’ve yet to see.

These questions are raised, as we expected, because we just got a whack of new information. Sony is sending us these signals because they want to show off their new console, gauge the reaction to it, and determine pricing from there. Honestly, we’re okay with not being able to play what games we do have in disc form because it means we can trade them in now and get more than peanuts for them when they become virtually worthless this holiday season. But we do worry about what it means to stream when home internet connections are a big expense for a lot of people, and some may simply not be able to afford streaming older games.

As usual, we’ll keep you updated as we get more information about PlayStation 4, its streaming service, and all of its games. Hit us up on Twitter and Facebook, or ask a question in the comments below!