With Sony letting loose their PlayStation 4 and all the details that come with it (minus the console itself, of course), Microsoft is getting ready to unveil their new console, it seems. 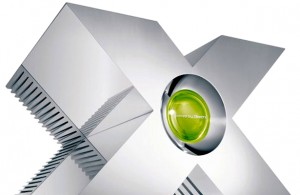 We hope it’ll look like this. (It won’t; this was the original Xbox design concept.)

Microsoft’s official word on the matter is that they register various domain names as part of their ongoing business and strategy. Beyond that, they gave GameSpot the usual, “no comment.”

Rumours suggest that Microsoft is going to be hosting their event in April now that Sony has surprised everyone and announced a new console, even though they repeatedly said they’d let Microsoft make the first move.

We’re not entirely sure Microsoft is just playing catch-up. In 2005, Microsoft unveiled the Xbox 360 well ahead of E3 in a live television broadcast on MTV. Since then, the company has used a unique website to allow attendees and press to register for their press conferences at E3. It isn’t out of the realm of possibility, then, that Microsoft is doing the same thing for their next-generation unveiling.

It’s a fairly safe bet that Microsoft will unveil the console ahead of E3, though there might be something to be said for waiting. Doing so would build up the hype, especially given that Sony hasn’t shown off its hardware just yet, not to mention give Microsoft a massive spotlight this year. The show would also be theirs to lose if they didn’t impress in a huge way, but Microsoft knows how to pull it off, so we have faith.

We’ll keep you posted as the web explodes with new information about Microsoft’s next console. Stay tuned to our Twitter and Facebook pages for more!