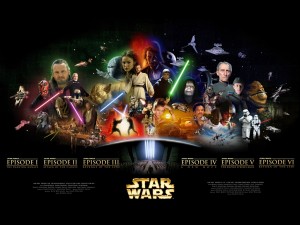 We feel a disturbance in the force.

We know we’re probably not the only ones to write about Star Wars 1313‘s delay by starting out with that line, but really, how else do you begin an article like this?

Unfortunately, the house of Mickey has reportedly put any project not related to the upcoming J.J. Abrams film, Episode VII, on hold. The news (still in a rumoured state, of course) comes a few weeks after Abrams was announced as director for the film, who also helmed the upcoming Star Trek Into Darkness.

We were initially worried that Episode VII would be pushed to 2016, but with Disney putting other Star Wars projects on hold and diverting resources to the upcoming film, they might make the date after all. Of course, seeing Star Wars 1313 delayed as a casualty doesn’t make us all too happy.

We reported back in January that we hadn’t heard anything about the game that took the gaming world by storm at E3 last year. The game was rumoured to be coming to current gen consoles like the Xbox 360 and PlayStation 3 (and perhaps even the Wii U), but if the game is on delay until the film is wrapped in 2015 or so, there’s no way we’ll see this come to light on anything but next-generation consoles. Though, to be fair, by that time, those consoles will be known as current-gen.

It’s interesting to think about what a delay like this could mean. Is every single Star Wars resource being reallocated to assist with the upcoming film? Does that mean we won’t see any new Star Wars properties until 2015? Or are resources being moved from 1313 to work on the movie tie-in that will likely release alongside the movie when it launches? Our bet is on the latter, but it’s really all conjecture at this point.

We’ll keep you up to date on all the latest news from Disney and Star Wars 1313 as we get it!