It’s a bit surprising that Hollywood has optioned numerous live-action films inspired by video games, lying in wait for the inevitable opening of the video game-inspired movie floodgates that have been inched in recent years by the likes of 2010’s more ambitious and successful Prince of Persia: The Sands of Time, and last year’s critical darling and box office moneymaker, Wreck-It Ralph. Wreck-It Ralph proved that there’s massive potential for video game inspiration in CG filmmaking last year, and it looks like the first animated game-to-film adaptation is stepping forward, as Sony has made the joint announcement with Rainmaker Entertainment (responsible for the recent Escape From Planet Earth) and independent studio, Blockade Entertainment, that they are fast-tracking a Ratchet & Clank movie for release in 2015! The announcement is, frankly, a bit surreal, given that we’ve been silently praying for a Ratchet & Clank movie for years now, but this is no hoax, as the announcement teaser has been made available on the official PlayStation YouTube channel. This is indeed a legit announcement, folks, and it’s not some straight-to-DVD throwaway; This movie is coming to theatres!

Considering how skittish studios can be with video game-to-movie adaptations, often optioning them, and sometimes attaching a lead actor or director, but never announcing anything beyond that, it’s very surprising to see how aggressively and quickly the Ratchet & Clank movie is being put together! The 2015 release may be non-specific, but since most video game-to-movie adaptations have to wait years for a release date, after about a bazillion script rewrites no less, this is a huge sign that Sony is very confident in this project!

Oddly, Sony’s own animated movie studio, Sony Pictures Animation isn’t handling this movie, but considering that they’ll be busy with The Smurfs 3 and Hotel Transylvania 2 in 2015, it’s perhaps unsurprising that Ratchet & Clank was outsourced, especially given the risky nature of making a video game-to-movie adaptation in the modern filmmaking climate. While video game-to-movie adaptations have undeniably gotten better in recent years, gamers often still see them as a bastardization of the source material and a betrayal by the developers, while the general moviegoing community tends to dismiss them as brainless adolescent trash. Yes, both stances are childish and ignorant, but we’re also confident that they’re temporary, given a few more years.

Concerns should immediately be dampened by the confirmation that the game series’ trio of regular voice actors, James Arnold Taylor (Ratchet), David Kaye (Clank) and Jim Ward (Captain Qwark), are all confirmed for the big screen adaptation. They even lend their voices to their respective characters in the amusing teaser trailer, which, as we said, can be viewed on the official PlayStation YouTube channel. The game series’ regular developers, Insomniac Games will also be directly involved in production of the movie, which is currently without a finalized title. They’ll assist with script revision, character consultation and marketing. While details are very thin beyond that, initial reports and the studios’ press release seem to indicate that the movie will follow the events of the original PS2 game, since re-released in HD on PS3, the titular characters’ first adventure together. In this first game, the two would-be heroes must travel across the galaxy to stop an evil corporate alien, Chairman Drek, from destroying planets by removing chunks of them to make his race’s own heavily-polluted planet habitable again. Considering that the announcement already had a detailed press release, production plan and teaser trailer ready, it appears that the movie has been kicked around and developed in secret for quite a while. The huge success of Disney’s Wreck-It Ralph last year no doubt gave Sony the confidence they needed to move ahead with production.

If you’re still leary about this strange studio getting their mitts on Ratchet & Clank, perhaps you might recognize Rainmaker Entertainment from their former name, Mainframe Entertainment. While they dealt mostly in television before Escape From Planet Earth came along, they happen to be responsible for two of the most beloved geek shows of the 90’s, specifically ReBoot and Beast Wars: Transformers. Just think of it as the ReBoot guys doing a Ratchet & Clank movie, and it tastes a lot better going down. Wouldn’t you agree?

Regardless, 2015 is quickly shaping up to be a groundbreaking year for the movie industry! Marvel Entertainment will be concluding their Phase 2 movies with The Avengers 2 (and finally releasing their heavily delayed Ant-Man movie as well!), Warner Bros. and DC Entertainment are still aiming their Justice League movie for a 2015 release, the Hunger Games franchise will be concluding with The Hunger Games: Mockingjay – Part 2, Finding Nemo’s sequel, Finding Dory is coming out, and perhaps biggest of all, Star Wars: Episode VII is seeing release in 2015. Ratchet & Clank is joining quite the busy calendar, but we’re quite confident that such a beloved and enjoyable gaming brand will lead the charge for video game-inspired movies in animation.

You can bet that we’ll have more to say about Ratchet & Clank as the movie develops. Be sure to spare some of your box office bolts when it arrives in 2015! 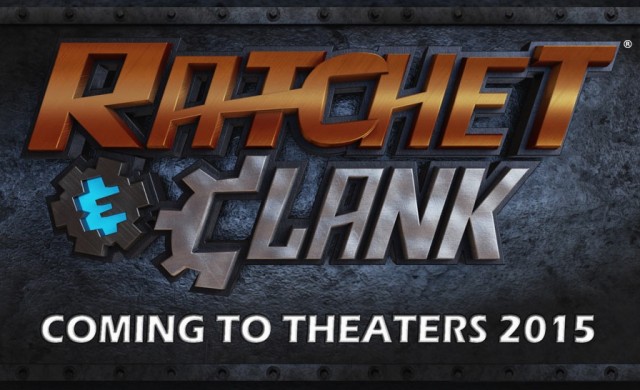