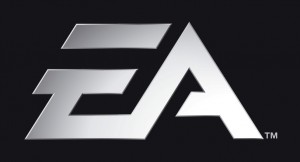 After what we can assume was some very aggressive negotiations, mega-publisher, EA has inked a multiple-year game publishing deal with Disney, giving them exclusive publishing rights to any and all Star Wars video games for the next several years, at least, on dedicated gaming platforms. Disney retains publishing rights for browser-based games, as well as mobile games made for smartphones and tablets, but for Star Wars games on dedicated gaming consoles and handhelds, and presumably the PC, EA will secure exclusive publishing rights! This gives them a complete monopoly on Star Wars video game releases, and likely the bulk of profits from any Star Wars games released over the next several years! It will also give EA exclusive and final veto power on whether or not a game tie-in is made for the upcoming 2015 theatrical release of Star Wars: Episode VII, along with its sequels, and any spin-off movies released in the interim. Since Disney is planning to release new mainline Star Wars movies biannually, with a spin-off film planned for each year in between, that certainly gives EA no shortage of ways to drive up profits! 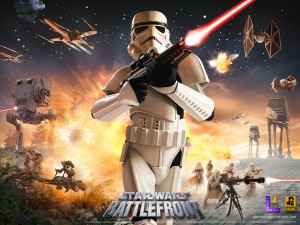 EA has come out swinging with their acquisition of the Star Wars game license, confirming out of the gate that three of their subsidiary studios have begun work on new Star Wars game concepts, in response to the publishing deal. These studios include Battlefield developer, DICE, Dead Space developer, Visceral Games, and, naturally, BioWare.

The fact that BioWare is immediately getting to work on a new Star Wars game should immediately have fans excited, as it’s practically a surefire indication that EA is green-lighting a Star Wars: Knights of the Old Republic III, finally giving a third installment to the much-celebrated subseries of Star Wars RPG’s from the previous hardware generation! It likely wouldn’t be released for quite a while, especially since BioWare is no doubt already busy working on the recently-announced Dragon Age III: Inquisition, as well as possible concepts for the much-teased Mass Effect 4, on top of continued support for Star Wars: The Old Republic, but those desiring a third Knights of the Old Republic game can no doubt enjoy a light at the end of the tunnel now!

As for what DICE and Visceral may be working on, well, it’s anyone’s guess. We do have likely candidates in mind though! Considering that EA is likely fully aware of the massive demand, considering they once owned now-shuttered developer, Pandemic Studios, it’s quite likely that DICE has been assigned to finally revive and fully realize the often-rumoured, apparently-cancelled Star Wars: Battlefront III. That would certainly be another great way for the often-distrusted EA to quickly get into Star Wars fans’ good graces, perhaps even moreso than Star Wars: Knights of the Old Republic III! Visceral’s potential Star Wars game is a bit more mysterious, though considering their background in tense, atmospheric action games, it’s not unreasonable to assume that they may be tasked with reviving the also-cancelled and heavily demanded Star Wars 1313, perhaps the most lamented casualty of LucasArts’ closure.

Very little is confirmed at this point, but it certainly seems like EA doesn’t want to waste any time with their shiny new publishing license! They did state that their three new Star Wars games are planned to be powered by their upcoming new Frostbite 3 visual engine, which will be getting its maiden voyage with this Fall’s Battlefield 4, and is also confirmed to be powering Dragon Age III: Inquisition. This means that Star Wars releases on the upcoming PlayStation 4 and next Xbox are extremely likely. EA has even taken to Twitter with the hashtag, #starwarsnextgen, all but spelling out that these new games would be released on the upcoming next-gen consoles, asking that gamers report on the Twitter feeds of the three confirmed developers to voice which Star Wars games they want to see. The three we’ve speculated upon are sure to be frequently posted, so if you’re crossing your fingers for any of them, be sure to make a Twitter post!

Considering that so many cancelled and stalled Star Wars games have become heavily demanded by gamers, acquiring the Star Wars game publishing license could be a fantastic way for EA to improve their maligned reputation! The publisher was recently voted the worst company in America for two years running, with company COO, Peter Moore responding with the promise, “We can do better. We must do better.”

From this new Star Wars deal, it would initially appear that EA is indeed serious about that promise. For more news on all things Star Wars as it develops, Eggplante is most certainly the site you’re looking for!