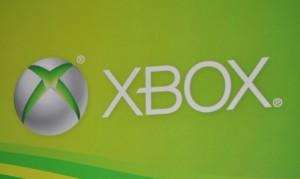 A lot of the rumours swirling around the next Xbox (set to be unveiled in two weeks, if you haven’t been paying attention) are about the “always online” nature of the console.

Today, Ars Technica got hold of an alleged internal document from Microsoft themselves that states, among other things, that single player gaming will not force the user to be online.

Durango is designed to deliver the future of entertainment while engineered to be tolerant of today’s Internet. There are a number of scenarios that our users expect to work without an Internet connection, and those should ‘just work’ regardless of their current connection status. Those include, but are not limited to: playing a Blu-ray disc, watching live TV, and yes playing a single player game.

This memo, assuming it’s real, not to mention accurate, confirms a few things about the next Xbox. First up is the apparent dismissal of the always-on technology we assumed we’d be getting in the machine. While we expect the console to be always online during LIVE-based multiplayer matches, it eschews that for single-player gaming, watching live television, and playing a Blu-ray disc.

Which brings us to the second point: Blu-ray confirmed in the next Xbox. The format is the obvious choice for Microsoft who, in the Xbox 360 generation, would require up to a half dozen discs just to fit a single PS3 game like Metal Gear Solid 4: Guns of the Patriots onto its format. The memo also states that you can play a Blu-ray disc, which we of course assume means movies and other content will be playable on Microsoft’s new box.

The last, and perhaps most interesting part about the statement is in regards to watching live TV. For the document to explicitly call out watching live TV means that the next Xbox will have some sort of TV out capability, signalling that the rumour of an HDMI-in port on the new console may indeed be true. We happen to love this idea because there are so many ways you could put television and gaming together to make the overall experience better. For example, how amazing would it be if the console knew when commercials were so it could instantly switch back to your Halo 5 campaign?

A commenter on Ars Technica’s article about the leaked memo says that “the existence of such a mass e-mail implies that this is a recent change in policy”, following up with, “My work never sends an e-mail to everyone to say, “Just FYI, the policy we’ve had this whole time is still the policy. Keep doing what you’ve been doing.”

Our take on this is that, while the commenter, who goes by “flooey”, is likely correct, it is possible that the memo was sent out to people who have not been briefed on the project yet. So, while it stands to reason that the always online policy has changed, it could be that the people who are getting this memo are getting their first peek at the machine that is Xbox Fusion. Or Infinity. Or whatever it’s going to be called.

What do you think? Let us know on Twitter and Facebook, and of course, in the comments below!