Alongside the box art release for Forza Motorsport 5, Microsoft has released the design for its game cases and the banner that will appear at the top of each game’s art.

The case, which closely resembles both the original Xbox and Xbox 360 design, has a neon shade of green with cues of the same green throughout the paper sleeve as well.

The design is understated, with a small green stripe running along the top of the box and a centred Xbox One logo in white.

With a bit of work, we can see that the dimensions of the case are actually the proportions of a Blu-ray case, indicating that Microsoft is shying away from the standard DVD-height cases and using Sony’s standard for their high-def format.

What do you think of the case designs? 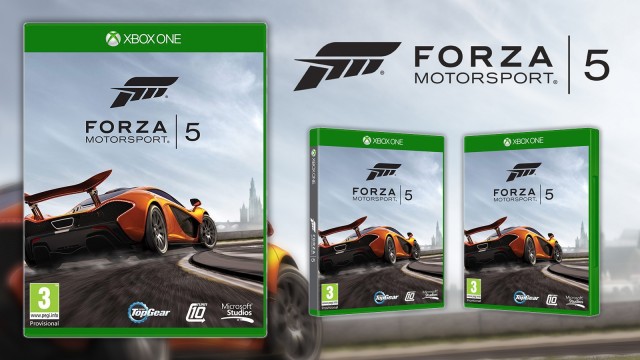 Update: Electronic Arts has also released box art for their upcoming shooter, Battlefield 4, though whether that is a launch title for the console remains to be seen. We expect to find out more about that at E3 in a couple of weeks. Either way, the box art mirrors the one for Forza 5, indicating it is in fact the same design.

What’s probably most interesting is that the PlayStation 4 cases seem to have been leaked by EA as both designs were posted on the company’s Facebook page, though the image has since been removed. The PS4 artwork looks a bit “easy” to us, so we’re not sure if it’s a mockup or not, but we’re not thrilled with its design.

We can say that the size of the box for both the PlayStation 4 and Xbox One version are the same, so we can confirm the games will come in a Blu-ray case rather than a traditional tall DVD variety. 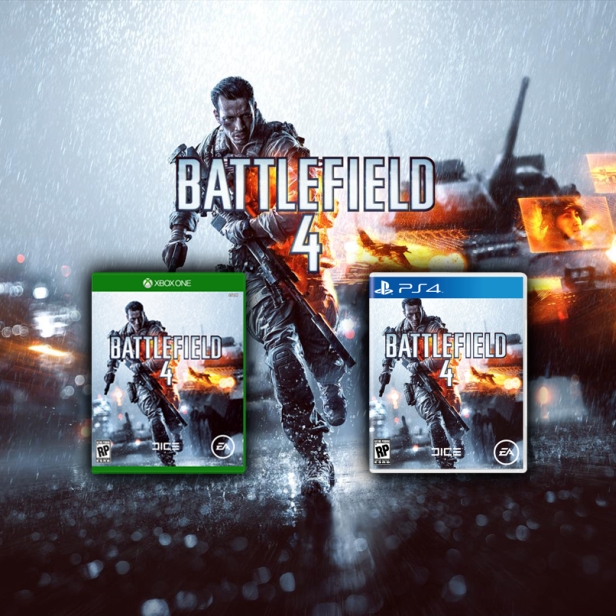