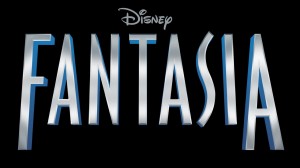 After teasing a mystery project the other day, Rock Band and Dance Central developer, Harmonix has lifted back the veil on their new game, and no, it’s not Dance Central 4. Despite annualized releases since the original Dance Central dropped as a Kinect launch title on the Xbox 360 in 2010, Harmonix appears to be mixing things up a bit in lieu of another predictable Dance Central game this time, albeit still continuing their exclusive partnership with Microsoft, making games for Kinect.

To our surprise however, Disney is also joining Harmonix’s latest Kinect party! The result is Fantasia: Music Evolved. Providing yet another modernized re-imagining of Disney’s seminal musical classic, Fantasia, the game casts players as the new apprentice of Disney sorcerer, Yen Sid. As they fill Mickey Mouse’s old robe, players will try and conduct music in a consistent rhythm to generate spectacular imagery, and breathtaking on-screen magic! 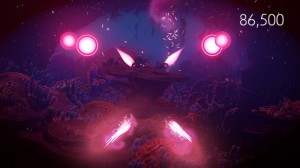 While it’s not expected to release until next year, Fantasia: Music Evolved will be dropping on not only the current-gen Xbox 360, but also the next-gen Xbox One. Obviously, the optional first rendition of Kinect is required to play the game in the case of the Xbox 360 build. Both games are apparently fundamentally the same, though Harmonix has claimed that the Xbox One edition features predictable refinements over its Xbox 360 sibling, including improved visuals, and better 1:1 motion recognition with the Xbox One’s improved Kinect upgrade.

Despite the fantastical premise, Fantasia: Music Evolved will feature very modern, recognizable music. Furthermore, these tracks can be ‘improved’, depending on whether players wish to add certain instruments or beats to them, which Fantasia: Music Evolved allows you to do. Bruno Mars and Fun are confirmed to be on the track list, but perhaps best of all, the legendary Bohemian Rhapsody by Queen will also be one of the songs in the game! Conducting that number should be a blast, especially with the pretty visuals to make it really come to life! 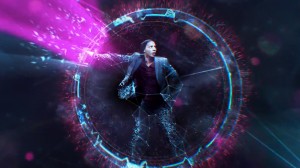 To some, putting modern pop music in a Fantasia game may prove to be a controversial decision. That said however, Fantasia: Music Evolved looks to be the first serious Kinect-mandatory juggernaut offering on Xbox One, though you won’t even need to make the console upgrade if you don’t want to! Besides, it’s certainly a more refreshing and exciting title from Harmonix, beyond just another rehashed Dance Central game! The Dance Central series apparently taking time off is no doubt good news to Ubisoft as well, who potentially get a year to themselves for their multiplatform rival series, Just Dance.

Since the game is also releasing for Xbox 360, it’s unclear if this counts as one of Microsoft’s promised fifteen year-one Xbox One exclusives, so far confirmed to be: Forza Motorsport 5, Quantum Break, Ryse, and a mystery game from beloved Microsoft-owned developer, Rare, to be shown at this E3. Regardless, keep your browsing wands on Eggplante for any news on Kinect, Fantasia: Music Evolved and the Xbox platforms, as we can conjure it!