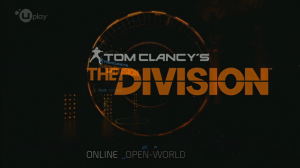 Tom Clancy’s gaming outfit at Ubisoft has captured several varieties of gaming already: Tactical shooting, stealth, real-time strategy, flight, and now, a genre that nobody ever expected the likes of Clancy to touch; MMORPG’s! In a rather blatant attempt to double down on their standout E3 surprise of last year, that being the Watch Dogs reveal, Ubisoft capped off their E3 2013 conference with another tense, hard-hitting exposition that spanned into a bleak, but large and eerily inviting game world. It wasn’t until the end of the lengthy reveal that we learned the name of this new next-gen Tom Clancy-based brand: The Division.

A persistent online game that has an MMORPG foundation, yet plays like a tactical shooter at the same time, The Division’s premise stems from a deadly plague that spreads rapidly throughout the United States after Black Friday. The country collapses in a mere five days, quarantined from the rest of the world, with survivors left to fend for themselves. The idea reminded us of Sony’s imminent PlayStation 3 blockbuster, The Last of Us, only, with an even more chilling and grounded modern day sensibility, and minus the fungus mutants, of course. 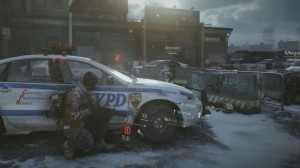 The lengthy demo showed how survivors can collaborate for supplies and spoils, engaging in cover-based shooter gameplay against enemies, a la Uncharted or Gears of War. Even though the action plays like a tactical shooter, damage numbers pop up with each hit, and EXP counters appear with each defeated foe, MMORPG-style. By leveling up and attaining skill points, players can unlock new skills, abilities and technology for their character. Yes, the technology available to these survivors is oddly advanced and hyper-functional for a collapsed American society, but sacrifices must be made for the sake of video gaming enjoyment we suppose, even in something with the realism-approved Tom Clancy stamp.

As promising and impressive as the demo was however, Ubisoft oddly failed to mention at their keynote that the game also features a companion app! If someone installs the app onto their tablet, they can hop into someone else’s game, manning a drone. This allows them to act as a healer/reviver, spot enemies, and even call in air strikes when the players find themselves against overwhelming odds! 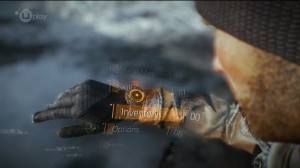 This could prove to be a great way to stay connected to your friends and their own adventures in The Division, even away from home, so long as you have access to an internet connection. Of course, there is some risk that a few bad apples may exploit the companion app to become trolls and bullies. Hopefully, Ubisoft will have countermeasures in place for such undesirable behaviour by the time the final game ships.

We have to say, The Division looks like the most ambitious and promising Tom Clancy-endorsed game to come along in quite a while! Even the enormous scale of this generation’s EndWar is put to shame by it! Players can see just how much they’ll enjoy hanging out in Tom Clancy’s latest paranoia-fueled world, when The Division releases on PlayStation 4 and Xbox One sometime next year.

Don’t forget to keep scouting Eggplante for any news on Ubisoft, Tom Clancy games and The Division, as it arrives!