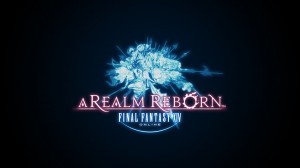 After a failed first run, Square Enix has revamped Final Fantasy XIV: A Realm Reborn like never before.  Their strategy this time around?  Nostalgia. When it comes to fans of the coveted Final Fantasy series, nostalgia is king.  The memories we shared playing past games in the series were deep, extremely emotional and iconic. With Final Fantasy XV, Square Enix is taking a new, unrecognizable path, but that doesn’t stop them from keeping the tradition alive in their other releases.

The Realm Reborn trailer Square Enix showcased at this year’s E3 truly brought the MMO back to life. Jam-packed full of limit breaks, moogles, summons, airships and cactuars, the developers are tapping into what made the series so near and dear to us. On top of that, players will also have the chance to create their own story and character to enhance that feeling of freedom.

Of course, Realm Reborn will also feature several major new features, notably the Full Active Time Events or FATEs. These dynamic events can happen at specific points in the game, randomly or when talking to an NPC, after which you are added to that particular event and are given a rundown of objectives, progress and rewarded for participating.  These public challenges provide unpredictability to this already rich world.

To add to the challenge, Realm Reborn will also feature level syncing which will balance out players levels  in order to ensure that lower-level content remains just as rewarding.  Features like level syncing are great because they let you enjoy each battle in your own way, in a MMO realm like this I find it even more suiting.

There are still many more features in store for this impressive relaunch.  Stay tuned for more news in the coming weeks. Final Fantasy XIV: A Realm Reborn will be released on August 27 on PS3 and PC while a PS4 version is coming in 2014. What do you think of this change in scope?  Will this nostalgic push help the MMO prosper?  Let us know in the comments below!