Apparently, legions of angry gamers don’t compare to the influential might of the U.S. military!

As predicted by many gaming journalists and authorities, those in active service did not take kindly to the Xbox One being region-locked and demanding an online check-in. This most recently resulted in a public blowout by the U.S. Navy, who went on record to blast the Xbox One for its online and region restrictions, as well as security concerns over its always-on new Kinect model. These restrictions effectively prevent many active-duty soldiers from using the Xbox One in remote locations and places without solid internet connections, and had superior Navy officers angry at the idea of the console’s new Kinect recording private military conversations.

This is of course on top of the everyday gamer, who didn’t exactly have positive things to say about used game fees being enforced on Xbox One. This is all the more true when Sony triumphantly and aggressively declared during their E3 2013 press conference that the PlayStation 4 would not restrict used games in any fashion, going as far as to call out Microsoft’s anti-consumer practices while they were at it! Fellow first-party publisher, Nintendo has also corroborated this stance, recently saying that they have never even considered a used game restriction in their own consoles, instead wishing to motivate gamers not to trade in their games by making games that people wouldn’t want to sell.

In light of unrelenting public pressure, the infamous callout by Sony during the E3 2013 PlayStation Conference, and most recently culminating in the U.S. Navy’s high-profile attack on Xbox One’s DRM policies, Microsoft appears to have admitted defeat. Thus, they have announced a slew of policy changes for the Xbox One, which can be enabled with a simple day-one update, just as the Wii U required for several of its own features when it launched last year. Yes, this ironically requires an internet connection to do, but at least it’s a one-time affair in that case.

First and foremost is that the Xbox One will no longer restrict used games in any way. Initially, Microsoft was going to demand a fee, said to be full retail price, for gamers trying to play a used or borrowed game on their Xbox One console. Microsoft then softened this by claiming that gamers could give a game license to someone that has been on their Xbox Live friends list for at least thirty days, at the cost of never being able to pass on the game again, but this did little to placate gamer discontent.

Now however, this used game fee/block has been entirely removed from Xbox One. Players can now play second-hand games on the console as they please, just like the competing PlayStation 4 and Wii U. The only consequence is that gamers now require an Xbox One game disc to be in the console when playing, whereas they didn’t before, but this is actually a good thing. It means that landfills and shelves won’t be littered with bricked and useless Xbox One cases and discs!

It unfortunately also means that gamers can no longer summon their physical game collection on a friend’s Xbox One without actually lugging the game discs around. That’s ultimately small potatoes however, particularly since this benefit is retained for any digital game copies, both retail and digital download games, purchased online from Xbox Live Marketplace. Some sacrifices had to be made, naturally, but that certainly isn’t a bad deal!

The other policy change is that the Xbox One will no longer demand an online check-in. This means that gamers can now freely play single-player Xbox One games, even if their console is not hooked up to the internet. Previously, the console would lock out the ability to play even single-player games if the Xbox One did not check in with the Microsoft Cloud server once every twenty-four hours, even though offline consoles could still be used for television and movies. 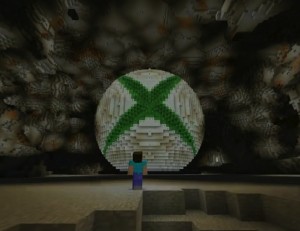 This eliminates the main concern of the Armed Forces, who can now play Xbox One games, even in remote locations that lack internet connections! It’s certainly good news for ordinary gamers as well however, who were worried about an Xbox Live membership being shoved down their throat, even if they merely wished to play by themselves. Now, you won’t need an Xbox Live account, or any kind of internet connection, to enjoy local and single-player play sessions, allowing you to play Ryse: Son of Rome and Dead Rising 3 to your heart’s content, even when your router dies!

Lastly, Microsoft has overturned their stance on region-locking. Previously, the console couldn’t be played in any country or location that didn’t support its Cloud network. This is in line with the Xbox One infamously skipping a launch in several countries, including Poland, despite beloved Polish developer, CD Projekt Red putting together The Witcher 3: Wild Hunt for Microsoft’s next-gen console. Now however, people can play their Xbox One anywhere, anytime! Of course, whether the Xbox One’s November 2013 launch portfolio will now be expanded to accommodate more countries remains to be seen.

While this DRM reversal has been predictably met with praise and excitement from previously alienated Xbox gamers, Microsoft has still refused to back down on a few ill-received elements of its upcoming next-gen console: 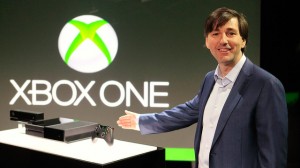 The console will still require its revamped Kinect, which it comes packaged with, to function and be operated. It will still retail for $100 more than Sony’s competing PlayStation 4, and $200 more than Nintendo’s competing Wii U, if you don’t factor in bundles. Microsoft still doesn’t seem to be allowing indie developers to self-publish on Xbox One either. PlayStation 4, PlayStation Vita, Nintendo 3DS and Wii U all allow self-publishing for independent and small developers on their digital channels. Frankly, Microsoft’s refusal to extend the same courtesy on Xbox One is rather baffling.

We’re among the many legions of gamers that are very excited by this news! Microsoft isn’t totally bending to public demand, specifically on the issues of price and self-publishing, but we can safely say that the axing of the DRM is a massive victory for gamers worldwide!

This should also hopefully boost Xbox One preorders as well, which are currently being outpaced by PlayStation 4 preorders at a four-to-one ratio! Even so, primary video game retailer, Gamestop has announced that they have recently stopped accepting Xbox One preorders in-store. They are currently still available for delivery out of the retailer’s website however, so be sure to check there if you haven’t reserved your console yet! Thankfully, more than one of our writers have already reserved their own Xbox One console for launch day, so we’ll be able to cover plenty of Xbox One content, reviews and impressions at that time!

Xbox One launches this November, for $499.99, and we will be continuing our commitment to report on, review and always keep watch on the Xbox platforms, going forward! Stay tuned to Eggplante for much more Xbox One coverage towards launch, and beyond!