It sure has been a wonderful week of news for Japanese RPG enthusiasts! Final Fantasy VII got re-released on Steam, Tales of Xillia 2 is apparently officially headed West, and that’s on top of several localization confirmations by Nippon Ichi Software! It appears that the excitement is continuing into this week as well!

Spotted on NeoGAF, confirmation has been dug up that Atlus has registered an official Japanese web domain for the much-coveted Persona 5; persona5jp.com, to be exact. Of course, Atlus has liberally opened up on pre-production progress for the fifth mainline entry in this highly beloved Japanese RPG franchise, but this is the first tangible evidence that Persona 5 is indeed happening, beyond passing hints in interviews.

A spin-off of Atlus’s Shin Megami Tensei series of Japanese RPG’s, Persona is a series revolving around the likes of teens and/or young adults battling paranormal threats with the manifested power of their souls. It is always set in modern Japan. Recent games have also added a social sim component, having the protagonists balancing living a daily youthful existence with dungeon-crawling and demon-bashing. With these recent titles in particular, the series has been extensively praised for its innovation and mature storytelling, being a rare example of progressive Japanese RPG design!

Despite Atlus parent company, Index Corp. recently filing for bankruptcy, it appears that Atlus themselves have committed to remaining active in the game industry. Atlus will be imminently releasing Shin Megami Tensei IV on the 3DS in just a couple of weeks, and will be publishing Dragon’s Crown on the PlayStation 3 and PlayStation Vita soon after. They have also been confirmed to be collaborating with Nintendo-owned developer, Intelligent Systems on a Wii U crossover game, Shin Megami Tensei x Fire Emblem. 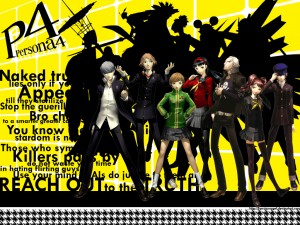 At this point, prospective platforms for Persona 5 are unknown, though fans speculate that the game is likely to show up on either PlayStation 3 or PlayStation 4, given that the majority of Persona games have been exclusive to PlayStation platforms. Others however contend that Atlus may throw a curveball and make Persona 5 exclusive to Nintendo’s 3DS instead! Atlus confirmed a Persona project of some kind in development for 3DS shortly before the handheld’s launch, with no other details as of yet. Given that the mainline Shin Megami Tensei IV is a 3DS exclusive, it’s not outside the realm of possibility! We suppose that time will tell.

For now, keep your browsing souls on Eggplante’s Velvet Room, where we will have your most coveted of Persona news, as it appears before us!