Xbox 360 owners are likely receiving their final Summer of Arcade lineup for this hardware generation in a few weeks, before the Xbox 360 is succeeding by the Xbox One this November. To that end, Microsoft has just finalized the details, so Xbox Live Arcade gamers had best ready their Microsoft Points!

If you’re a more recent or prospective Xbox 360 owner who may be unfamiliar with Microsoft’s Summer of Arcade tradition, allow us to explain; During Summer, often July or August, Microsoft releases four or five highly anticipated digital download games onto Xbox Live Arcade. Anyone who purchases all or most games that are a part of the promotion gets some sort of reward. In previous years, this reward was often a Microsoft Points rebate. 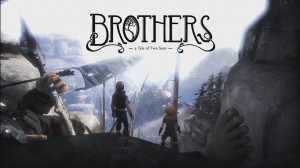 Seeing that Microsoft is phasing out Microsoft Points and adopting standard online funnybucks for November’s launch of Xbox One however, that’s not the case this year. This year, Xbox gamers who download at least two of the Summer of Arcade offerings for 2013 will instead receive a free DLC pack for Ascend: Hand of Kul. Formerly announced as Ascend New Gods, this upcoming RPG is launching for Xbox Live Arcade, Windows Phone and Steam later this year. Obviously, the DLC would only be useable in the Xbox Live Arcade edition.

If you’re unfamiliar with the four games, here’s a basic rundown of each:

Brothers: A Tale of Two Sons is a story-driven adventure game, not unlike The Walking Dead: The Game or Back to the Future: The Game. Developed by Starbreeze Studios (The Chronicles of Riddick: Escape from Butcher Bay, The Darkness), Brothers tasks players with having the titular brothers properly interact to solve puzzles and open new paths. It’s releasing for Steam and the PS3’s PlayStation Store on top of Xbox Live Arcade, for $15.

Charlie Murder is a heavy metal-themed arcade-style beat ’em up. Featuring skull-cracking action, twisted set pieces and sick button-mashing solos, the game is essentially a blend between Brutal Legend and Castle Crashers. Developed by Ska Studios (The Dishwasher), it is only available on Xbox Live Arcade, and will set you back 800 Microsoft Points ($10). 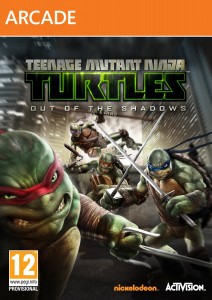 Flashback is a remake of a 1992 rotoscoping platformer, this time put together by VectorCell (Amy), and published by Ubisoft. Re-imagined as a smoother and much more stylish 2.5D platformer, players take control of Conrad B. Hart, as he follows an uploaded copy of his broken memory to try and piece together how to stop an invasion by shape-shifting aliens. The game is coming out on both Xbox Live Arcade and the PS3’s PlayStation Store, for $10.

Teenage Mutant Ninja Turtles: Out of the Shadows is a gritty action game inspired by the original comics that pioneered everyone’s favourite Heroes in a Half-Shell! It is being developed by the lesser-known Red Fly, who put together the PS2, PSP and Wii editions of Ghostbusters: The Video Game. Teenage Mutant Ninja Turtles: Out of the Shadows presents a divisive, but undeniably slick art style overhaul that makes the Turtles appear more realistic and garish. The game also promises four-player online co-op, and local co-op for two players. Priced at $15, it will be released for Steam and the PS3’s PlayStation Store, as well as Xbox Live Arcade.

We’re a little surprised at some of the omissions in the lineup. Disney’s highly anticipated remakes, DuckTales: Remastered and Castle of Illusion HD are the most shocking absences. We can’t help but wonder why Ascend: Hand of Kul wasn’t made part of the promotion either, particularly with a DLC pack on offer for big spenders. Maybe the full game isn’t ready yet? Still, very curious…

In any case, don’t forget to set aside some of your Microsoft Points for what looks to be a stronger-than-average Summer of Arcade this year! As usual, Eggplante will have all of your necessary news on big sales and promotions related to Xbox 360 and other gaming platforms, as it comes.