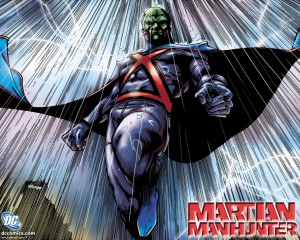 Boon recently broke the news on Twitter that a fifth DLC character for Injustice: Gods Among Us is being revealed at the EVO 2013 fighting game tournament this weekend. He also claimed that he will be shedding light on a new character skin that, “players have been CLAMOURING for MONTHS now!”, as reads the post.

We won’t have long to wait for the reveal, but needless to say, this invites a frenzy of speculation. Could Martian Manhunter, the last mainline Justice League hero not featured in the roster, finally be joining it? He has a functional character model, clearly, as he can be seen hovering in the background in the Watchtower arena. The reveal trailer for the fourth DLC character, General Zod, also included a close-up frame of Martian Manhunter as well, perhaps as a tease for things to come.

Of course, the most likely choice isn’t necessarily who will be unveiled. Fan demand has seen petitions for the likes of Black Canary, Plastic Man, Zatanna, Darkseid (who also has a working character model, being part of one particular arena transition in the Hall of Justice), and Huntress, among others. The fifth character could even be another Mortal Kombat character to join Scorpion, the third of four DLC fighters currently available for the game! 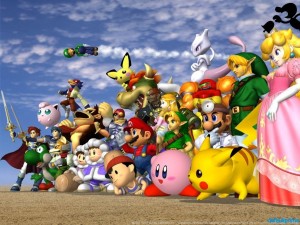 Regardless, be sure to tune in to EVO 2013 this weekend, not just for the character reveal, but also for hard-hitting match-ups in the world’s best and most beloved fighting games! The games included this year comprise: Super Street Fighter IV: Arcade Edition, Ultimate Marvel vs. Capcom 3, Injustice: Gods Among Us, Tekken Tag Tournament 2, Mortal Kombat [2011], Persona 4 Arena, and King of Fighters XIII. Super Smash Bros. Melee has also rejoined the roster, after briefly being refused entry by Nintendo, though thankfully, this stance was overturned, even if it still looks like Melee will not be broadcast live, unlike the other games.

As a reminder, fans can purchase four DLC characters for $5 each in Injustice: Gods Among Us, or buy a $15 Season Pass to get them all for free. It is unclear at this point if this fifth character will still be free to Season Pass holders. To date, the four DLC characters are: Lobo, Batgirl, Scorpion and General Zod. While the DLC selection was at first limited to the Xbox 360 and PlayStation 3 editions of the game, it has recently been added, at long last, to the Wii U edition as well.

If you still haven’t bought the game and are hoping for a complete package, you may be in luck as well. A listing on Amazon France, which has since been taken down, listed a ‘Game of the Year’ edition for Injustice: Gods Among Us, presumably bundling all of the DLC with the game. As expected, this unconfirmed game was listed for Xbox 360, PlayStation 3 and Wii U, but curiously, it was also listed for PC and PlayStation Vita. A mistake? Possible, but not for sure. After all, Mortal Kombat: Komplete Edition, NetherRealm’s last complete package, received a belated port on Vita, and just recently on PC. Surely, Injustice deserves the same courtesy?

Regardless, we will have the news on the identity of this fifth character soon, so check back on Eggplante for all of your Injustice news!