Unsure of whether to take your Battlefield fix onto PlayStation 4 or Xbox One, assuming you’re not buying on PC or current consoles? Well, DICE may have just provided a decisive incentive!

The Swedish studio has just confirmed that Battlefield 4’s Xbox One edition will support the next-gen Kinect that comes packaged with the console. At this time, there is no mention of the game’s current-gen Xbox 360 edition using the current Kinect model in any way.

This decision is perhaps in response to EA recently buddying up heavily to Microsoft for the launch of the next-gen consoles. EA Sports’ next-gen offerings all promise exclusive extras on Xbox One, despite releasing simultaneously on PlayStation 4.

If you’re worried about outlandish gestures and foolish waving around just to play the game however, DICE is quick to allay your fears, stressing that the main control device for Battlefield 4 on Xbox One will still be the regular controller.

“When you look at the kind of games we build–or Battlefield at least–it is a first-person shooter that is very much about skill. Input is very important” claims DICE general manager, Karl Magnus Troedsson. “You need to have very precise control over what is going on, and trying to do something like that with motion control input does not make sense–not if you want to keep the same kind of formula on the game as now. You’d need to build a very different shooter.” 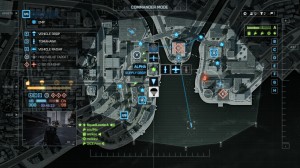 Sounds to us like DICE is taking the Kinect implementation seriously, so players likely need not worry about gimmicky or forced motion control ruining their Battlefield experience. It sounds like the Kinect mechanics may be optional anyhow, especially with the main input device still being the Xbox One’s standard game controller. What these precise Kinect features are however, remains to be seen.

Battlefield 4 promises enhanced features for its next-gen Xbox One and PlayStation 4 editions. These versions will accomodate massive sixty-four player caps in online matches, and will feature a ‘Commander Mode’ that allows certain players to command squads of other players.

Though the previous Battlefield 3 favoured the PlayStation build with priority DLC and other exclusive goodies, there is no mention of Battlefield 4’s PlayStation 4 edition having any exclusive perks of its own.

Battlefield 4 launches on PC, Xbox 360 and PlayStation 3 on October 29th. It is also a confirmed launch title for both Xbox One and PlayStation 4, both releasing before the end of this year.

Eggplante will be in the trenches to bring you all of your Battlefield news, as we can extract it!