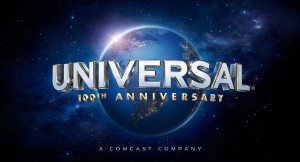 After their contract with Warner Bros. was about to expire, 300 and Clash of the Titans studio, Legendary Pictures didn’t seem eager to return to WB’s umbrella. Now, the changing of the guard has been confirmed; Legendary has now inked a new multi-year distribution deal with Universal. It will take effect in 2014.

For Universal, this is a huge win, as it could give the infamously franchise-starved and sequelitis-plagued studio several much-needed new movie properties! Currently, Universal has continued to ride the coattails of the long dragged-out Fast & Furious franchise as their main blockbuster tentpole, recently exhausting their Fockers and American Pie comedy properties for good by the look of things. They are currently trying to turn two of their biggest hits from last year, Ted and Snow White and the Huntsman, into new franchises, and are trying to resurrect Jurassic Park as well.

Of course, for Warner Bros., this is a heavy blow, as Legendary Pictures is responsible for helping to put together some of their most beloved movies of the past decade. The studio has been responsible for the likes of 300, the Dark Knight trilogy, Watchmen, the Hangover trilogy, Where the Wild Things Are, Inception, The Town, and, most recently, Man of Steel. Thankfully, these franchises have all concluded for the most part, though Man of Steel has only just been released. Legendary was also involved in the production and release of monsters-vs.-mechs blockbuster, Pacific Rim, hitting theatres this weekend.

That’s where Warner Bros. may be in a very tight spot. Despite attempting to fast-track a sequel to Man of Steel in response to the movie’s lucrative box office profits, the loss of Legendary Pictures may put a bit of a dent in production on that movie. It was also likely that WB would have relied on Legendary to help put together the prospective crossover Justice League movie as well. As sad as we are to say it, the prospective DC Cinematic Universe may have suffered quite a setback here.

Warner Bros. still seems to have distribution claims to Legendary’s next big blockbuster, 300: Rise of an Empire next March. Since that movie was delayed from this August into 2014 however, they may have to make a deal with Universal over box office profits now. This will likely be the case for Legendary’s other upcoming movies next year as well, namely the Godzilla reboot, which will probably be the biggest moneymaker.

Another problem for Warner Bros. is the loss of various potential blockbuster properties that Legendary Studios holds the rights to, even if they’re video game-inspired. Universal will now have distribution claim of the still-developing Warcraft movie, since those rights are exclusively held by Legendary. This is no doubt great news for Universal, as Warcraft is one of the more anticipated video game adaptations for sure!

Warner Bros. will also need to re-negotiate a new deal if they wish to keep reign of the also-in-development Mass Effect movie, whose rights were shared between it and Legendary. That sounds like a dispute waiting to happen between WB and Universal, especially considering how badly Universal needs new blockbuster movie properties!

Do you think that Legendary signing with Universal is a good thing? Will this start a heated conflict between two of the world’s biggest studios over Legendary’s properties? Do you think this will cause problems for the prospective DC Cinematic Universe that Legendary contributed heavily to? Is the loss of Warcraft and potential loss of Mass Effect even worth worrying about for Warner Bros.?

A lot of questions have been raised here, and a lot of legal brambles are going to have be trudged through next year. Be that as it may however, Eggplante will be on hand to report the result of Legendary’s signing with Universal, as it develops.