It’s nearly impossible to dispute that last year’s billion-dollar-plus grossing Skyfall is one of the best Bond movies of all time. It also set the record for having the largest U.K. movie gross while it was at it. Yes, Skyfall made more money in its native country than any of the Harry Potter movies, believe it or not!

Being Daniel Craig’s best movie yet in the role of the iconic 007, it was a given that MGM, Sony Pictures and rights-holding EON Productions would want Skyfall’s director, Sam Mendes back helming the next Bond film. Initially, Mendes declined involvement, citing theatre-related commitments, as he wished to take a break from filmmaking to direct plays.

Now however, it seems that Mendes has officially changed his mind. The American Beauty director has affirmed that he will be directing the currently-untitled Bond 24, in a joint statement with Bond producers, Barbara Broccoli and Michael G. Wilson. Apparently, the Bond franchise’s studios have agreed to push the movie back from a planned 2014 premiere, so that Mendes could finish his theatre work, and then direct Bond 24 immediately afterward.

“I am very pleased that by giving me the time I need to honour all of my theatre commitments, the producers have made it possible for me to direct Bond 24. I very much look forward to taking up the reins again, and to working with Daniel Craig, Michael G. Wilson, and Barbara Broccoli for a second time” says Mendes.

Isn’t it great when things work out, and everyone is happy? Of course, this means that we’ll have to wait an extra year for Bond 24, but with Mendes at the helm, you can bet that it will be worth it!

So far, Daniel Craig is the only confirmed cast member, returning to the role of James Bond for the fourth time in Bond 24, if you don’t count video games anyway. No plot details have been confirmed at this time, though the previous writers for the Daniel Craig-starring Bond films, Neal Purvis and Robert Wade, are apparently not returning to write the script again. The third Craig writer, John Logan will still have screenplay duties for Bond 24 however, and is the only confirmed script writer for the movie at this time.

That’s not all either! Along with Mendes’ confirmed directing position, Bond 24 was given an official release date as well! The movie is coming to theatres in North America on November 6th, 2015. As usual, the U.K. will get it slightly earlier, on October 23rd, 2015.

In the wake of this very exciting announcement, you can bet that Eggplante will be continuing to provide coverage on Bond 24, and the 007 franchise as a whole, as it develops! 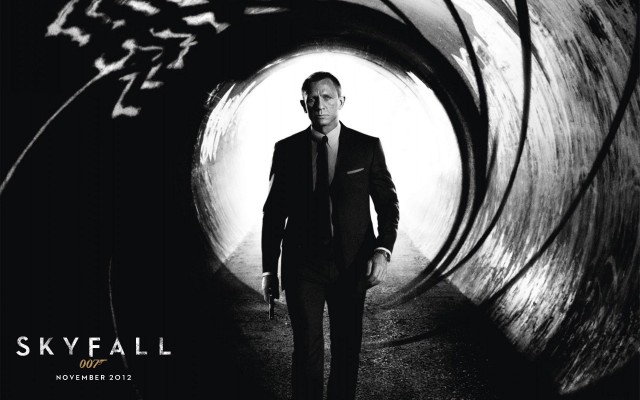