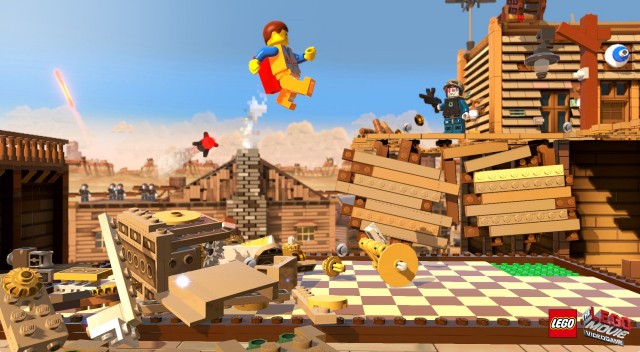 Warner Bros. recently announced some big news for all Lego enthusiasts, The Lego Movie Videogame, a tie-in with the much-anticipated animated film, will be released in February 2014. Due out on February 7, 2014, The Lego Movie is being directed by Phil Lord and Chris Miller, known for their work on Cloudy With a Chance of Meatballs and 21 Jump Street.

The Lego Movie Videogame puts you in the shoes of Emmet, an ordinary, rule-abiding Lego guy who is mistakenly identified as the key to saving the world.  Swept into an epic quest to stop an evil tyrant, it’s up to Emmet to give this task his all, even if he’s hopelessly and hilariously unprepared for what’s to come!

“We’re thrilled to be able to give kids the joy of reliving Emmet’s adventures in becoming virtual master builders with The Lego Movie Videogame,” states Managing Director of TT Games Publishing, Tom Stone. “Players will be taking on the ultimate mission to save the Lego world and use their virtual building prowess to build unimaginable sets and creations.”

If you played Lego City Undercover you know just how talented TT Games is at bringing the Lego universe to life. This tie-in game will feature 90 characters and 15 levels inspired by the movie so get ready for plenty of replay value, hilarious pop culture references and addicting gameplay.

The Lego Movie Videogame will be released on Xbox One, Xbox 360, PS4, PS3, Wii U, PC, 3DS and Vita.  Stay tuned for more news about this exciting new game in the Lego series!