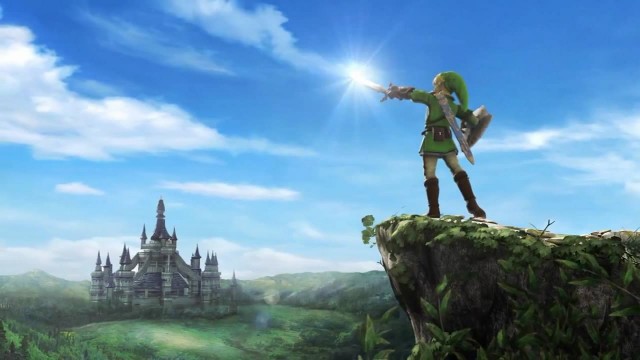 What’s this? A new Zelda announcement? Well, not really, but it’s better than nothing.

Nintendo president Satoru Iwata has sounded off about the next iteration in the highly anticipated franchise, saying that it will be announced in the “not-too-distant-future”.

Speaking to The Guardian in the UK, he said:

It is true that Mr Aonuma’s team has been working on a new Zelda title for the Wii U. But the only announcement we have at this time of software which will soon become available is Wind Waker HD. But they are actually working on an exclusive new Wii U title in the Zelda franchise and I hope in the not-too-distant future, we will be able to make the relevant announcement.

We first heard about the next Zelda game in January via a Nintendo Direct in which Mr. Aonuma said he was looking for ways to change up the series. He stated he wanted to implement multiplayer as well as a less-linear path in the single-player storyline.

It’ll be interesting how much information the company decides to release about the next Zelda, as they could announce a name or working title, unload a bunch of screenshots, show us gameplay footage, or hold back on all of it and give us a single concept image. Like they haven’t done that before.

Between Pikmin 3 launching next month, The Wind Waker HD and two new Pokémon games in October, and A Link Between Worlds in November, not to mention Super Mario 3D World and Mario Party, the announcement could come anytime in the next few months. We also wouldn’t be surprised if “not-too-distant future” also referred to January, when gaming news is typically slow and Nintendo can capitalize on the lull after the next-gen consoles have been picked up this holiday.

You better believe we’ll have all the latest Zelda news right here, so stay tuned to Twitter and Facebook to keep on top of all things Triforce-related!