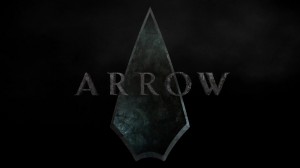 Months after the network confirmed continued development on their Wonder Woman-themed pilot, Amazon, the CW, owned by DC Comics parent company, Warner Bros. has just confirmed that another high-profile DC superhero is coming to the small screen; The Flash! More shocking however is that The Flash will debut on well-received Green Arrow-starring series, Arrow during its second season, and be spun off from there.

Currently, Arrow has a strict rule about never giving its characters superpowers, as the series is heavily inspired by the tone of Christopher Nolan’s Batman movies. The introduction of The Flash, best known for his blinding superhuman speed capabilities, would indicate that this rule is potentially being thrown out in the show’s second season. This also calls into question whether Arrow will indeed be part of a shared DC Universe on live-action television and/or film.

Two of Arrow’s lead developers, Marc Guggenheim and Andrew Kreisberg, are said to be planned for re-assignment to Flash, said to be the series’ current proposed title. Third head developer, Greg Berlanti will stay behind to continue work on Arrow however. 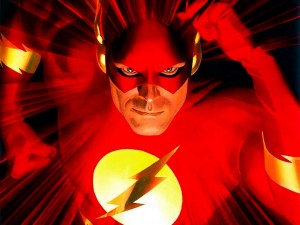 This news has been confirmed by CW president, Mark Pedowitz at the Television Critics Association. Pedowitz also went on record to say that Barry Allen will be the Flash incarnation planned for the series, and that the character would be introduced as some sort of researcher at some point in Arrow’s second season. Whether or not he’ll have his trademark speed at that point remains to be seen.

Arrow begins its second season on October 9th. Are you more eager to tune in if The Flash and superpowers are thrown into the mix? Do you think that the show is best left standalone and power-less? Would you like to see Arrow’s take on Green Arrow be a part of a shared DC Universe and perhaps even the cinematic Justice League? Leave your comments below!

In the meantime, Eggplante will continue to be shooting you your news on Arrow and various DC Universe adaptations, as they surface!