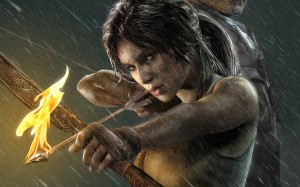 After tie-in comic book writer, Gail Simone, claimed that her upcoming Tomb Raider comic would be a bridging story, Square Enix has now come out and made it official; there is a Tomb Raider sequel in development, and it is headed for next-gen platforms.

Phil Rogers, CEO of Square Enix Europe was the one to make the news official. “I am excited to reveal that we are well into development on a next-generation Tomb Raider sequel–something you may have heard about recently” says Rogers, no doubt addressing Simone’s public slip of the news. “In the future, we will offer gamers more choice, support more platforms and try new things–but we will make sure that whatever the platform, we’ll always keep our focus on the quality bar. We feel that is what gamers should expect from a Square Enix game” he continues.

This statement seems to suggest that Square Enix will continue to support smartphones and tablets going into the next hardware generation, and not just next-generation consoles, PlayStation 4 and Xbox One. It also likely indicates that they are still interested in developing various products for the handheld 3DS and Vita, as well as Nintendo’s currently-struggling Wii U console, which is expecting a special edition re-release of Deus Ex: Human Revolution from Square Enix before the end of the year. 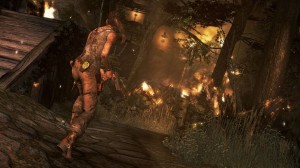 There are no plot details for the new Tomb Raider game at this time, though Gail Simone’s words indicate that it will indeed be a direct follow-up to this year’s well-received reboot (which we adored, as our review states), continuing the revised origin saga of a younger and inexperienced Lara Croft. The emphasis on ‘next-gen’ that Rogers spoke of no doubt indicates that the game is at least planned for PC, PlayStation 4 and Xbox One. The preceding reboot opted to stay on PC, Xbox 360 and PlayStation 3 back in March, skipping a release on Wii U due to its lengthy development cycle on the other platforms.

Square Enix has been one of the most aggressive Japanese-founded publishers when it comes to embracing next-gen platforms. Joining this new Tomb Raider game on the publisher’s next-gen slate are the previously announced Thief revival, a formally unannounced new Hitman game, a PlayStation 4 port of their PC and PlayStation 3 MMORPG, Final Fantasy XIV Online: A Realm Reborn, the long overdue Kingdom Hearts III, and the re-branded Final Fantasy XV, originally announced for PlayStation 3 as Final Fantasy Versus XIII. This of course doesn’t even include top secret projects kicking around the publisher’s offices either.

While it’s likely, current Tomb Raider developer, Crystal Dynamics has yet to confirm involvement with this next-gen sequel. Regardless, Eggplante will be keeping a close eye on this development, so keep excavating us as we provide you all of your Tomb Raider news! After all, it’s our favourite game of the year so far!