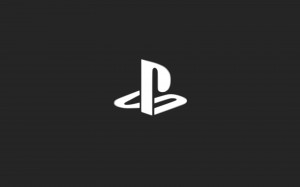 The once-financially troubled Sony continued to see good news in the wake of 2013’s second quarter, for the most part. The parent company saw a 13% increase in revenue for this year’s Q2 compared to last year’s, and that’s quite a strong increase!

Sony’s roster of services, television units and smartphones were seen as the main provider for the company’s profits during the quarter. The PlayStation maker raked in a grand total of around $35,000,000 in profits between April and June on these devices and services. That’s not too shabby! It appears that the promotion of former PlayStation executive, Kaz Hirai to the parent company’s CEO is certainly paying off. The company’s fortunes are gradually improving after spending such a long time in the red.

Unfortunately however, not all of Sony’s divisions saw a boost for the quarter. Despite remaining one of the most profitable Sony divisions for years, even when the parent company was bleeding money, the PlayStation arm unfortunately saw a loss for the quarter, earning 15% less than they did during this time last year. This is a bit surprising, considering that 2012 was seen as such a weak year for PlayStation software, with most high-profile first-party titles under-performing, and, in the case of LittleBigPlanet Karting, even amassing critical scorn! 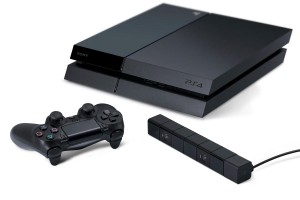 Sony attributes this loss to increased expenses on research and development for their upcoming next-gen console, the PlayStation 4, set to release before the end of this year. It will likely arrive in proximity to Microsoft’s competing Xbox One, which is slated for a November launch.

Sony also cites decreased sales of their hardware all around, with PlayStation 2 and PlayStation Portable seeing reduced unit sales. Yes, apparently there are still people buying PlayStation 2’s! Even PlayStation 3 took quite a knock in hardware sales compared to last year, moving about 55% less consoles compared to this time in 2012, which Sony blames on the public knowledge of PlayStation 4.

If anything suffered however, it’s the PlayStation Vita, which is still selling rather poorly all across the world. It’s selling just slightly better over the Wii U’s horrendously dismal sales numbers for Q2, but still pretty bad, embarrassingly so compared to the competing and commercially booming 3DS!

Sony has even casually combined PlayStation Portable and PlayStation Vita sales into one number to try and help mask the Vita’s very lacklustre returns. They claim that the combined total is 600,000 handheld units sold between April and June, likely with most of those sales being for PlayStation Portable in Japan. The lack of high-profile retail games still seems to be hurting Vita quite a bit unfortunately…

On the bright side though, the lacklustre hardware sales for PlayStation were at least complemented by some healthier software numbers. Highly acclaimed multiplatform console titles available on the PlayStation 3 continue to generate strong numbers on Sony’s console, most notably Tomb Raider, BioShock Infinite, Far Cry 3, Borderlands 2 and Injustice: Gods Among Us. Likewise, Far Cry 3: Blood Dragon, Guacamelee!, and Hotline Miami, among other games, continue to provide solid sales on the PS3’s PlayStation Store, not counting PS One and PS2 Classics sales, which weren’t revealed.

If anything kept PlayStation 3 software afloat in Q2 however, it was marquee exclusive, The Last of Us! After receiving immense hype and critical acclaim, the game went on to sell close to four million copies since its release in mid-June, with no signs of slowing down!

January’s surprise hit PlayStation 3-exclusive JRPG, Ni no Kuni: Wrath of the White Witch also continues to generate solid sales numbers, after receiving its own heavy batch of critical and community praise. This helped to nicely offset God of War: Ascension and Sly Cooper: Thieves in Time being considerable commerical disappointments since their release in Q1 of this year, despite the latter being a cross-buy title. Sony is hoping to keep courting RPG gamers with PlayStation 3’s for the remainder of 2013, between Tales of Xillia, Final Fantasy X/X-2 HD Remaster, and Kingdom Hearts 1.5 HD Remix, all of which are exclusive to their console.

On Vita, again, software sales are looking bad. Most of Vita’s successful sales came from digital downloads, and most of those were for PlayStation Store games such as Hotline Miami and Guacamelee!. Soul Sacrifice, the Vita’s lone high-profile exclusive for Q2, saw respectable, but ultimately modest sales, dividing Vita gamers on its quality in turn. Sales numbers for the Vita port of Jak & Daxter Collection aren’t currently available, but it’s believed to have fared better than Soul Sacrifice so far, even if the original PlayStation 3 build is proving far more successful, even now.

Sony plans to boost PlayStation 3 sales in September with the release of a Grand Theft Auto V console bundle. They are also hoping to move more Vita’s with the anticipated launch of Killzone: Mercenary, offering a multiplayer beta at this time. This is of course not considering the various sold-out pre-orders that the PlayStation 4 has already amassed, along with high-profile exclusive launch titles, Knack, Killzone: Shadow Fall and DriveClub.

The PlayStation 3 will see plenty of high-profile titles before the end of 2013 to boost both hardware and software sales; In particular its anticipated exclusives, Beyond: Two Souls, Puppeteer, Ratchet & Clank: Into the Nexus and Rain. Vita, meanwhile, will be attempting some multi-platform titles to entice gamers to the handheld setting, including Rayman Legends, Batman: Arkham Origins – Blackgate and FIFA 14. It also packs in one more promising exclusive towards the end of the year, that being Media Molecule’s Tearaway.

It’s fortunate that Sony has seen an overall bump in profits for the quarter, even if the PlayStation division has taken a few financial hits over these past three months, despite the huge success of exclusives like The Last of Us. Still, it’s certainly not enough to derail the immense positive momentum that PlayStation has enjoyed this year, mostly since the widely-praised unveiling and marketing for the PlayStation 4. All in all, 2013 is still looking like one mighty fine year to be a PlayStation gamer!

Eggplante will be continuing to bring you your PlayStation news, as it develops!