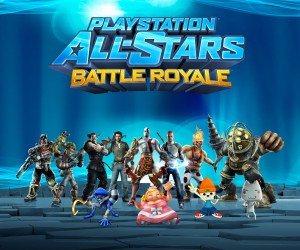 If you’re hoping for more characters and other such DLC bonuses to come to PlayStation All-Stars Battle Royale, Sony has officially gone on record to tell you not to hold your breath. At this point, it appears that all DLC plans for the Super Smash Bros.-inspired crossover fighter have been halted.

While the main game was developed by Superbot Entertainment, all DLC efforts have gone to Sony Santa Monica, who have now decided to cease efforts on it. To date, the game has only seen four DLC characters; Kat from Gravity Rush, Emmett Graves from Starhawk, Isaac Clarke from Dead Space, and Zeus from God of War. The latter two characters were given away free to anyone who purchased a new copy of God of War: Ascension, both for the PlayStation 3 edition and PlayStation Vita edition.

While more DLC was planned, including adding Oddworld’s Abe and The Legend of Dragoon’s Dart as playable characters, along with an arena that combined Gravity Rush and Journey, it seems that none of these additions will be coming to the game in the end. The decision appears to be purely financial, with Sony Santa Monica claiming that sales were not high enough to justify more cash and resources on DLC, particularly with the studio currently collaborating with Ready at Dawn on anticipated PlayStation 4 exclusive, The Order: 1886. 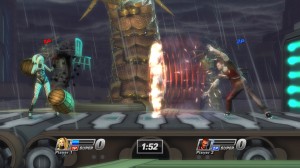 This makes sense, sad as it is, as PlayStation All-Stars Battle Royale only barely managed to sell a million copies to date, despite being a cross-buy title that awarded the PlayStation Vita version free to anyone who bought the game on PlayStation 3, though apparently not the other way around.

Despite booming PlayStation 3 console sales and the launch of the PlayStation Vita, 2012 was a very lacklustre year for PlayStation gamers in general, thanks to universally low sales and disappointing review scores on all of Sony’s marquee console exclusives, as well as very slow, miniscule sales of the Vita. Vita’s poor hardware and software sales are sadly still an issue at present. This is despite owners of the handheld largely praising its quality as a considerable improvement over that of the last-gen PlayStation Portable, particularly its downloadable PlayStation Store selection.

Did you buy PlayStation All-Stars Battle Royale on PlayStation 3 and/or PlayStation Vita? Are you disappointed that Sony seems to have abandoned their once-promising crossover brawler? Is it a cruel tease that Sony planned DLC for two largely stalled franchises to begin with, even if Oddworld seems to be getting a new lease on life lately? As usual, feel free to leave your comments below!

Eggplante will continue to provide you with all of your essential PlayStation news, as it develops!