Microsoft is going to be cracking down on undesirable online elements within their Xbox Live services! This will happen with a two-pronged initiative; The Xbox Live Community Enforcement program, and a revised Player Reputation system for the upcoming Xbox One.

This news was declared within a post on Xbox Wire, outlining what Microsoft plans to do to better combat cheaters, trolls, bullies and anyone else that may threaten the safety and accessibility of the Xbox Live experience. It’s been especially evident lately that a lot of people are getting fed up with many gamers’ attitudes and actions, considering how many debates have recently gone on about the state of the modern online gaming community. Given the likelihood of playing with rude, nasty players (not to mention some outright cheaters), during your usual Halo or Call of Duty session on Xbox Live, it’s no surprise that Microsoft most of all has had enough!

The Xbox Live Enforcement program beta is currently holding sign-ups for Xbox Live Gold members here (http://enforcement.xbox.com/United). It appears that the program will be in effect for both Xbox 360 and Xbox One as well. It aims to extend the reach of Microsoft’s moderators by allowing diligent Xbox Live community members to flag offensive content in any form, beyond just player behaviour.

How this works is, participants in the enforcement program will be submitted potentially offensive content, and will decide whether it should indeed constitute disciplinary action. The decisions are fed into a detailed algorithm, which factors in not only the decisions made, but also the history of participants’ decisions and histories beforehand, and uses this to decide whether a ban or change demand must be issued. A flag may also address an official Xbox Live moderator at Microsoft to look at the offensive player or content directly.

Participants who actively work on improving the Xbox Live community will gradually ‘level up’ and gain ‘loot’ for their Xbox Gamertag as a result. They will also be recognized as a positive community influence amongst other Xbox Live players, which, needless to say, will probably have its own rewards, such as more players actively wanting to play with you during Xbox Live bouts.

As far as conditions for joining both the current beta and the future complete program go, there are some restrictions that would-be participants must be aware of:

First, and perhaps predictably, you have to be at least eighteen years of age to join. Second, you must currently have an active Xbox Live Gold account, and that Xbox Live Gold membership must have been held for a certain length of time. Third, you need to have a certain level of Gamerscore, so hopefully you haven’t been neglecting earning plenty of Achievements in your Xbox 360 games! Lastly, while it won’t be necessary for the full program, you must be an Xbox Live Ambassador to participate in the beta. This seems like a bit of an odd restriction, given that it’s rarely, if ever restricted Xbox Live program participants before, but perhaps it’s to further emphasize that Microsoft wants seniority, on top of mature, dedicated Xbox gamers. It makes sense! 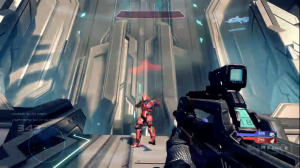 The Xbox Live Community Enforcement program is very contingent on the quality of its participants, but it’s a promising first step in helping to clean up Xbox Live. Currently, the Xbox 360 possesses a Reputation system, with a one-to-five-star rating issued to players depending on how well they behave. It doesn’t seem to be affected by behaviour however, and is instead only decreased by things like rage-quitting and hacking. Players can also ‘report’ and ‘review’ players they believe to be problematic, though this has also led to a flood of people simply reporting people that irritate them, largely proving that feature ineffective in many instances.

To this end, Xbox One wishes to improve on the Xbox 360’s weaker moderation tools. It will do this with a revised Player Reputation system that will better target bad behaviour during Xbox Live sessions. The ability to report players will still be in place, only now, another sophisticated algorithm will track the amount of reports toward a given player, whether or not the reporting players actually played with them for a reasonable length of time, and the behaviour history of both the reporting player, and the player being reported on.

If you accidentally report the wrong person once or twice (which can happen with cheating efforts like lag-switching), you won’t be penalized, though the algorithm will eventually dock your own Reputation if you have a bad habit of reporting people that did nothing wrong according to the Xbox Live Code of Conduct. Be sure you’re not submitting those player reports lightly!

The star counter on Xbox 360 is being thrown out on Xbox One as well. Now, players who are fine and well-behaved are given a green ‘Good Player’ indication on their Xbox Gamertag. If certain players have been successfully flagged, they’ll get a yellow ‘Needs Improvement’ indication, which they can eventually counter-act by just avoiding being a jerk for a certain length of time. 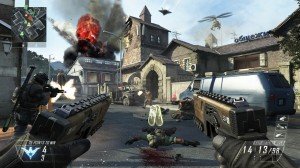 Players with ‘Needs Improvement’ flags will receive more than one warning if they continue to be nasty, bully people, cheat or exploit the game. If they persist in doing any of these things, or just generally make Xbox Live gaming unpleasant for others, they’ll eventually be given a red ‘Avoid Me!’ stamp on their Xbox Gamertag.

This will allegedly prevent them from entering matchmaking sessions with good-natured players, and will force them to play with other problem players. Not only will this make entering online play sessions much more difficult, beyond giving you a big, ugly monument to your own bad personality right on your Gamertag, but it will probably force-feed you a taste of your own medicine too!

The simple argument? If you don’t want to play with cheats and jerks (and, let’s face it, who does?), you shouldn’t have to!

A similar moderation system was attempted by Rockstar Games on the current-gen Xbox 360, as well as PlayStation 3 and PC, via their well-received third-person shooter sequel, Max Payne 3. If players were found to be cheating in the online multiplayer suite, they would be banished to a private server that would force them to play with other cheating players. The initiative was widely praised for its creativity and effectiveness, virtually nullifying the threat of hackers and cheaters in Max Payne 3’s online sessions!

The issue of harassment, bullying, exploitation and general unpleasantness has become a frequent problem, and a frequent hot topic of discussion throughout this entire hardware generation especially. Every year, it seems like the ‘bad apples’ of online gaming get worse and worse. This has led to high-profile incidents where not just other gamers, but also developers, publishers, executives, media personalities and others have been repeatedly harassed, threatened, insulted and otherwise attacked for less than legitimate reasons.

The harassment problem is at its worst for female developers and gamers alike, the latter of whom mostly prefer to stay out of the many male-dominated online servers of most shooters especially. This is due to the incessant harassment they often receive simply for being female.

Beloved RPG developer, BioWare was also recently forced to publicly defend one of their female employees, who was being bombarded by sexist remarks and tirades on social networking. To this end, a documentary spotlighting the issue of female gamer harassment, GTFO has been fully-funded and green-lit on Kickstarter.

Fortunately, it’s not all bad. Nintendo’s Wii U social app, Miiverse has been widely praised for its effective policing and highly positive, friendly and productive community members. The application has since become one of the slow-selling console’s key incentives in contrast to its competitors, with both PlayStation and Xbox platforms having a much bigger problem with communities that are full of online bullies, trolls and other such idiots. 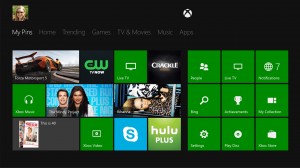 Another example of positive community direction however is both Riot Games and Blizzard Entertainment, in League of Legends and Diablo III respectively. Both have been widely applauded in the PC community for their aggressive and effective disciplining and banning efforts for problem players (even those in pro gaming leagues in the case of the former), leading to a safer and friendlier play community for all.

Clearly, the idea of a good, constructive and friendly gaming community is not at all impossible!

While trash talk and competitive manner is a perfectly acceptable reality of gaming, it’s clear that the idea of competition, lobbying and aggression has gotten way out of control in recent years. It’s great that Microsoft has committed so many resources to dealing with undesirable players on Xbox One especially, and hopefully Sony follows suit with the PlayStation 4, going forward.

What do you feel would help improve player manner on Xbox Live (or PlayStation Network)? Are you deterred from playing online because of jerks and cheaters? Have you just resigned yourself to the gaming community being full of nasty, insulting people, or do you believe that a positive change can be accomplished with enough effort?

Leave your comments below, and here’s hoping that this initiative is the first step to a better, brighter Xbox Live experience!